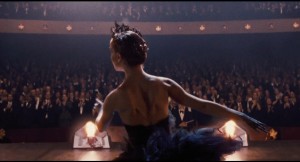 David posted a pretty in-depth piece on the First Angel Network this week. This followed an awesome discussion on TechVibes about angel groups over the weekend. The structure and funding model for First Angel Network were a pretty big surprise to me when I moved to Halifax 3 years ago.

Frankly it is pretty easy for us to write a post like David’s because the facts really speak for themselves: Millions of dollars from government sources are flowing in to finance what appears to be the exclusive personal gain of two individuals.

$3000 + 8% is just not acceptable and what makes it even worse is that the 8% does not contribute to the growth or sustainability of the angel group in any way. ACOA and other agencies are the ones paying to maintain the group while the cream is skimmed off the top.

My guess is that the First Angel Network will tell you that their model is normal and that it is on par with what is happening elsewhere. Simply put: it isn’t. It is artificially sustained, it is egregious and the model needs to be wiped out.

Shortly after David’s post went live I had a call with one of the most active angel investors in Atlantic Canada. He’s someone I admire and who always seems to be a step or two ahead of my own thinking. When he speaks I try to listen (which means I have to stop talking. . .).

He doesn’t have much love for a model which skims off the top either, but he’s pragmatic too.

His question to me was: If not First Angel Network, then how do we keep money moving?

Angel groups are not an easy thing: There are large groups of willing but relatively unsophisticated investors out there. They have to be marketed to, rounded up, fed a decent meal (usually) and encouraged to focus while a startup pitches to them for an hour or so total. Not easy and it certainly doesn’t have obvious economics for the organizer. It is a tough model no matter which way you slice it. The question is valid and it is something we need to think about a lot.

The world of tech startups is, or should be at least, different in many ways however. I believe it HAS to be different.

Sophisticated tech angel investors are accessible and they are ready to do deals almost anywhere. Value-add investors will, by definition, be accessible to the network and available to look at deals. We have a significant opportunity here in Atlantic Canada as well because we have some of the best angels in the country living and working here.

The landscape is changing for seed investing in tech and I think we need to find new models which make more sense for a typical startup today.

Alternatives will emerge once there is a void to fill and I believe that capital will still flow to great opportunities, while we may have to watch some less awesome ones whither.

There is a loose syndicate of angels emerging in this part of the country and from what I have seen they are all extremely high quality. It is a group made up of exited founders, successful investors and quality operators. THAT is who should be seeing deals and they do far more than 4 deals a year– dozens are getting done.

In the end the challenge we have is not simply to tear down the old. The challenge is to take responsibility for building something that matters in the future and that will create more startups through a better model. I believe that First Angel Network’s model needs to change to become less predatory and more focused on creating value in the ecosystem, otherwise we need a new alternative to replace it.

That is our job here and that is what will really make a difference.

Right now we have the beginnings of an alternative:

These are all founder-friendly and accessible routes to getting access to early stage capital. None of them take 8%.

It’s not perfect, but we will get there.