Too bad Bumptop wasn’t actually an ExtremeU company. However, the recent acquisition of Bumptop should help raise the profile of the 2010 Extreme University.

If you’re a student, a founder or just thinking about starting something you should apply to Extreme University. This is a world-class program, from an up-and-coming venture capital firm in Canada. They have a track record of selling companies to big players (Bumptop to Google, J2Play to EA). The Extreme Ventures, XtremeLabs, and Extreme University programs are building into a fantastic training and breading ground for a new generation of mobile and Internet startups. It feels like something big is happening inside the walls of Extreme Ventures.

We are looking for four smart and fast moving teams to participate. Typically all members of the two-three person team will be deep technically, but at least one of the founders should have a technical background.

Applications are due by June 4th, 2010. The program starts Monday June 14th, 2010 to Thursday September 10th, 2010 at the ExtremeU offices in Toronto at Yonge and King. The final demo day will be Tuesday September 16th, 2010 at DemoCamp

It’s a great program located in downtown Toronto for early-stage entrepreneurs and founders. The Xtreme Labs has a great track record. If you’re interested, make sure you apply before the June 4, 2010 deadline.

Uken Games was born in March of 2009 when two normal guys decided they wanted to have super powers. Given real world limitation, they turned to the virtual world to make their dreams a reality. They built Superheroes Alliance, their first game, which eventually grew to over 150,000 monthly active users. Since then, they’ve launched 2 other games: Villains and Twisted Treasure have amassed over 300,000 total users. Going forward, they are committed to building a strong community around each of their games, expanding across other both social (Facebook) and mobile (iPhone, Blackberry) platforms. Uken Games has received a follow on investment and are driving hard towards this goal.

Assetize is a Twitter ad network that enables publishers to monetize their social content. Publishers within the Assetize network range from large news and media organizations to individual users. The company has also partnered with a premiere sports agency to launch FanWaves – a Twitter monetization network exclusively for the sports world. The growing list of FanWaves publishers includes the NHL, NY Knicks, Phoenix Suns, Washington Capitals, as well as several professional athletes.

Next, the company plans to extend their monetization solution to other social networks, as well as other links stemming from media websites and blogs. Given the nascency of this space and lack of history, one of the challenges Assetize has faced is partnering with advertisers willing to market through social channels – a difficulty that is expected to decrease as brands realize the immense potential of social networks. Following Extreme University, Assetize is generating revenue and has secured a seed round of financing. The company is also currently in the process of syndicating a larger round from local and US-based VCs.

Locationary is changing the way that data on local businesses and other places is collected and verified.

This data is fundamental to the local search and local advertising markets which have revenues approaching $50 billion a year. Google and other local search engines currently buy the bulk of their local business data from aggregators that have employees copy the printed yellow page directories. The current process can’t scale and results in expensive, stale and outdated information typically 1 to 2 years old. Locationary has created a patent-pending, crowd-sourced solution to collect and verify this information across the globe.

Locationary is growing quickly and now has users in over 70 countries. They’ve collected data on over 20 million places and are now updating over 100,000 places a day. In this business, the fresher the data, the more valuable it is; and that’s what makes them special. Locationary has raised a Series-A investment through the connections made at ExtremeU.

Extreme Labs has a history of bringing great mentors and presenters to interact and engage with ExtremeU participants. In 2009, participants met some of the best lawyers, founders, VCs and others in Canada.

The list of already confirmed speakers in 2010 is amazing: 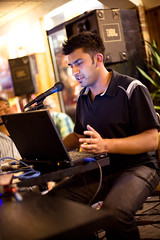 Something was definitely up with Bumptop in the last few weeks, and the rumours were flying all over the place. Not wanting to kill a deal, we decided not to post anything here on Startupnorth, especially something we couldn’t fully substantiate.

Enter Chris Arsenault, Mark MacQueen and Techcrunch to confirm that Google has indeed picked up Bumptop in a deal that closed this week. We have covered Bumptop news regularly in the past.

Bumptop was first funded by Xtreme Venture Partners and Austin Hill and followed by Scott Pelton at the Growthworks Commercialization Fund. Based on what we know about the terms that drive Xtreme Ventures and Growthworks’ Comm fund deals, our guess is that the price of this acquisition is north of $25million.

What does this mean? I believe it means that Google is working hard to develop an iPad competitor. If you have used Bumptop before you will know that it is one of the most intuitive touch-screen interfaces available, much better than the current iPad “mash your finger everywhere” UI. Bumptop is undoubtably the owner of some pretty nice IP focused on those interactions, and they now give Google a warchest of techniques that will easily rival multi-touch. The three-finger-swipe and two-finger-zoom of the iphone and ipad are easily outclassed by the extensive capabilities of Bumptop, but Bumptop’s gestures are just a little too complicated for the small screen of the Android or iPhone. Bumtop holds a Canadian patent for many of the gestures and features.

I have to hand it to Anand. For the last 4+ years he has walked around Toronto with his laptop strapped to his back always ready to give anyone a demo of Bumptop. His energy and focus have definitely set him apart from the crowd, and he stuck with his dream longer than many of us thought he would. Eventually the right people stepped up to back him and he seemed to become more determined than ever to make Bumptop a success. This was not handed to Anand, he worked for it.

This is exactly the kind of story that many a bad VC will tell you can never happen in Canada. A fast, efficient and IRR-pumping exit. There are all sorts of dead and dying VCs here who will tell you that there is not enough of an “entrepreneurial culture” to drive their business, no wonder their LPs are putting them on notice (the sad part is that some good funds are getting dragged down with the bad –more on that later) — they aren’t willing to get down in the dirt (or the Imperial Pub for that matter) to meet the Anands of the world.

The truth is that it takes financiers with as much hustle and vision as an entrepreneur, and that is what we are getting with XtremeVP, Austin Hill, and Scott Pelton. In my eyes this deal is a confirmation of the need in Canada for a new type of venture fund(s) to get healthy and to get the backing they need.

BumpTop has just launched Multi-Touch for Windows 7. This is on the heels of forming partnerships with some of the largest graphics card makers in the world including: HIS, PowerColor, and SAPPHIRE, who are now distributing BumpTop by bundling a free copy with their graphics cards.