David Quail is a serial entrepreneur who’s first startup Attassa was acquired by Yousendit in 2010. He also led mobile product for Y-Combinator alumni Zecter inc. before they were acquired by Motorola / Google. A developer at heart, he loves hacking as much as he does any other challenge in starting tech companies. He is currently cofounding Zenlike, a service that is looking to create more free time for people by automating mundane tasks using Artificial intelligence, smart phones, and a crowdsourced workforce. As an active board member, mentor, speaker, and charter member of the C100, David is constantly looking for ways to help early stage startups. 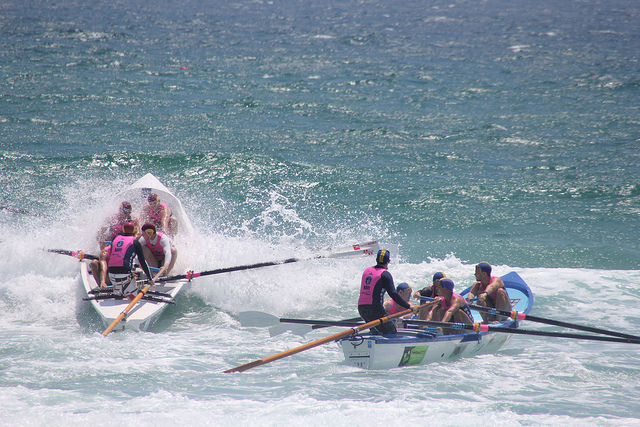 A couple weeks ago I tossed and turned for hours, unable to sleep because of a TechCrunch article announcing the launch of a potential competitor.  This happens once every month or two, and I’m sure everyone can relate..  This occasion was particularly annoying.  A friend forwarded the techcrunch article to me which I opened while settling into bed for the evening.  An hour of research on my iPhone later, I’m back downstairs coffee in hand, still doing research.

The funny thing is that the logical part of me realizes that startups worrying about other startups is irrational.  But yet I can’t help myself from trying to find chinks in their armour and points of differentiation.

But still … in my last startup, I can’t tell you how many hours of sleep I lost mulling over Xobni, Dropbox, Threadsy, reMail, ClearContext and others.  With the exception of Dropbox and maybe Xobni, have you heard of these others?  Probably not.  In hindsight, they’re actually really good examples of why you shouldn’t worry that much about startup competitors.

We were scared of Xobni, largely because of their uber connected and super alented team.  Specifically Jeff Bonforte.  But everyone’s guessing in Startups.  Everyone.  Including Jeff.  Cofounders backgrounds, vanity metrics, and techcrunch articles mean nothing.  Xobni was iterating like crazy at the same time we were.  In the end, it looks like they might be acquired by Yahoo in a deal that doesn’t represent a huge win for investors.  Everyone’s guessing.

Threadsy was building an all one one messaging system – combining facebook, twitter, email, etc.  We thought it was genius … so much so that we were doing the same thing.  Turns out Threadsy (like us) couldn’t make a business out of it, started building social graph analytics, and eventually were acquired by Facebook.  Most times your competitor won’t be building what they’re currently building in another 6 months.  Most times, you won’t either.

Most competitors will die before they hit product market fit.  A lot of times, that has nothing to do with the product and everything to do with cofounder squabbles, life getting in the way, bad investors, and the million and one other things that can go wrong.

4.  Some acquired and stop innovating

We thought reMail and Gabor Cselle were onto something.  They were former google / former YC, so easily intimidated us.  We were building something similar called All My Mail and had visions of making the iPhone’s mail app not suck  Google eventually acquired reMail but didn’t exactly use the technology to innovate and several years later, it’s mailbox that’s innovating the mobile mail experience.

Dropbox scared us.  Former YC (again), great founding team, great investors.  But our product (and I’d bet a half dozen others) was ahead of theirs.  But we got scared and pivoted away.  In hindsight, that market is massive, able to support more than one player.  Box.net has obviously proven that..

Competition in startups is an interesting thing.  It’s something we can’t help but stress about.  But it’s illogical.  Because in startups, there really are no Goliaths.  We’re all Davids, and the real fight that we have is with convincing users to change their existing habits.  Back in the day, our biggest competitor wasn’t dropbox.  It was email, and the people that used it to share documents, too lazy to change their habits.  That’s the case for most all startups.