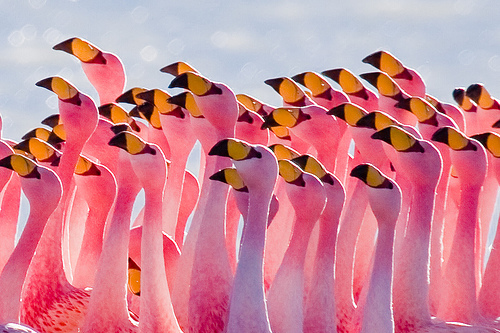 Some rights reserved by szeke

Extreme Startups has announced the Demo Day for the first cohort of companies. We’ve written about Extreme Startups in the past, we’ve covered some of the cohort including Shoplocket, and we think a number of cohort qualifies as Hot Sh!t (Jeff Lawrence (LinkedIn, @datajeff) of Granify; Michael Curry (LinkedIn, @mikecurry) of Verelo and Andrew Louis (LinkedIn, @hyfen) of ShopLocket).

Companies presenting at Demo Day are:

Get a ticket or an invite

There are no shortage of events for startups in Toronto, ranging from the originator but currently offline DemoCamp to the reinvigorated SproutUpTO. But DemoDay is shaping up to be an exciting event, with a full house, I heard that there were over 400 confirmed attendees with a large number coming in from Montreal, New York, Boston and the Bay area.

The demos are happening on June 19, 2012 from 1-4pm. There is a post demo social happening starting at 8pm. StartupNorth is proud to be supporting both the demo event and the evening social.

Chris Arsenault (LinkedIn, AngelList, @chrisarsenault) sent me a message yesterday about writing about the CVCA conference. And I was looking at the conference trying to figure out why as an entrepreneur that I might want to attend this event. It is “the premiere networking and professional development event for Canada’s venture capital and private equity industry”. Well I don’t work in venture capital or the private equity industry, and the professional development I can get that at Ladies Learning Code or Udemy or O’Reilly. So why should I care? Maybe a “free Blackberry Playbook” would get me to pay for the registration. Disclosure: RIM is a sponsor of StartupNorth, though we don’t have any free Playbooks.

Then it struck me.

My goodness, this is an incredible opportunity for Canadian entrepreneurs. If you plan this correctly, you can connect with investors, other founders, folks form NYC, Boston, the Bay area. While the specific sessions at CVCA aren’t necessarily my cup of tea, you could sit in the lobby at the Fairmont Queen Elizabeth and meet every investor in one shot.

CVCA attendees will have a “free Blackberry Playbook” . Just like LinkedIn, I’d be building an HTML5 optimized version of my application and making sure as hell it works like gold on a Playbook (which has a great implementation of WebKit browser). You could call the Fairmont and set up an espresso stand and give away coffee to everyone that demos your application. Hell if nothing else a big sign with “Free Latte” for all of the hung over CVCA attendees and have a student running to a local coffee shop for fulfillment. Great opportunity to get out and hustle.

On top of all of this you get to see some brilliant demos at Founder Fuel. This is going to be a killer event, and you could make it a very interesting opportunity to get in front of potential investors, partners and folks from outside Canada for relatively little cost.

I love working with Robin Hopper, my co-EIR at the Innovation Factory, for the simple fact that the guy has more catchy cool acronyms and phrases that make me sound so smart when I repeat them. “Nail it before you Scale it” is one of his latest.

Put simply, too many start-ups try to scale their marketing and sales organization before they have nailed their value proposition and the sales story that goes along with it. The consequences can be disastrous.  Over a beer, ask Robin about the story of how he blew through $3,000,000 in investment capital on one of his early start-ups because he expanded too early without really having the customer-compelling value proposition figured out.

Howard Gwin talks about the need for first time founders to create momentum and velocity in order to overcome the investor bias against funding first-time teams. (The Three P’s of a Technology Company). If you haven’t read his blog, do so now. He offers sage advice to wait before seeking VC funding until you have “proof points and a traction story that is damn near breathtaking”. Beyond that, don’t fall into the trap of trying to create that momentum before you fully understand why the market wants your technology and how you package it for consistent, reliable and predictable sales.

At the Innovation Factory, we work with many start-ups. Most go through one or more “Pivots” before they find the kernel at the core of their product or idea that will really sell.  Unfortunately, some will never find it because even though the idea or technology was interesting or cool, the product will never be compelling to an intensely competitive marketplace. Good entrepreneurs figure this out fast and kill the idea but then move on to another.

I recently met one of these entrepreneurs. He built and sold his first company when he was 19 for $100,000. (It may not sound like much but I wish I had a hundred grand when I was 19). His second company was a professional services company. He built it, had success and then killed it because he realized he could never scale it fast enough to fulfill his dream. His third company was a software company and dealt with project management infrastructure. The idea and technology were good but the market was crowded and more importantly, the sales process would be long. There also were too many factors out of his company’s control in the value chain of customers getting value from his product. He had arranged Angel funding and was ready to launch but instead he listened to advice and killed the company before taking the investment. His fourth company looks like a winner. It is in a hot space, has uniqueness, has the ability to scale quickly around a solid value proposition and he has surrounded himself with a good team. He has also already pivoted at least once on his value prop in order to get ready for traction.

So, if you are early in your game, my advice to you is simple:

In other words, “Nail it before you Scale it.”