Idée, who we have covered a few times, is slowly going public with their skunkworks project, called TinEye.

TinEye is a major undertaking, and it is going to bring Idée out of the shadows of the Enterprise product space and right in to your livingroom with a tool that is the equivalent of a Google for images. In fact, I bet Google wishes they had an image search as great as TinEye. I have had a chance to play with it over the last few months and it is hard to describe just how awesome this image search is.

TineEye, which allows anyone to search the internet for images the are similar to an original image, is a consumer-focused site that offers many of the core image matching capabilities of Idée’s enterprise product PixID, but does not offer the enterprise-level monitoring capabilities. 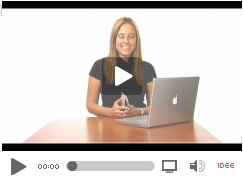 In talking about TinEye, Idee has been very explicit in saying “TinEye literally does for images what Google does for text.” That can be hard to believe right until you actually use the tool. The speed and accuracy of TinEye can only be described at uncanny. It is totally refreshing to play with a tool and a technology that is exciting and inspiring to use. In the last few weeks I have played with some competing tools, and none can match TinEye. Idée’s CEO Leila Boujnane, who spoke at the latest StartupCamp here in Toronto, has said that they will begin looking for about $10-million to $12-million in capital funding for a small stake in the company.

To celebrate the upcoming launch of TinEye, and to spread the word on how great this tool is, we are giving away 20 beta invitations to TinEye.com. To get one, all you have to do is leave a comment below and make sure you fill in your email address. I will send invitations to the first 20 people to leave a comment.