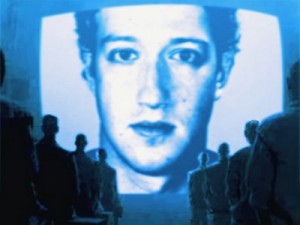 I am sitting here watching my cat chase his tail (what does that say about me?), and it reminded me that I was going to make this post.

This time last year, just as everyone was getting the Facebook logo tattooed on their butt and while my buddies were trying to figure out the science of breaking up with someone they had listed as a relationship on their profile, I went against the grain.

Almost exactly 1 year ago, I took the time to tell you that you were all deluded, that the Facebook Platform made no business sense and that this was all going to come crashing down.

Then, just 4 months later, I got on my high horse (on which I am still firmly mounted) and I wrote that I was right. The house of cards came down even faster than the credit markets.

So, I am back again, thinking I will gloat a little more, and tell you that if you haven’t moved on yet, then you need to get over it. Your relationship with Facebook is unhealthy. It is a fine place to find old boyfriends and girlfriends from High School, but it is no place to make a business.

As your mother would say: I told you so.

Now we are at the point that even the people who were making money off of Facebook applications are willing to admit that the whole thing has gone down the tubes.

“Lookery’s own statistics from Quantcast suggest that their publisher traffic has been almost halved since the new site design was released. Ultimately, I think we may see an increase in traffic as users become educated on the new design but there is no doubt that developers were impacted significantly.”

The redesign of Facebook was just the final nail in the coffin of the world of Facebook applications, but it is representatitve of a point I made in my first post on this subject: “You cannot build a business on someone else’s platform when they don’t see you as a partner.”

As an app developer, you were a customer of Facebook. A guest and a test market. You were disposible.

Build for a real platform

What is a real platform? Here are some examples:

The Web.
Yes, all those things you loved about Facebook, The Web has them too, and more, and better,. more better.

The Web has an API, it has users (a lot more than Facebook), and it is pliable and you can apply all sorts of revenue models on top of it. Yes, the web is a wonderful place to put things that have value.

Sure, the web isn’t for lazy folks. It isn’t like Facebook in November 2007 when you could get 50,000 people running your app which displayed various types of mullets, but you know what, if you put a little elbow grease in to it, you just might get 50,000 users, and you might get 5million, and they will be all YOURS.

Microsoft Outlook
I’m not telling you this is a MUST-BUILD platform, but it is worth taking a look at. Outlook has proven itself as a great platform on which to build. From a development perspective I am sure it is a total pain, but once you are in there, you have as much access to someone’s “social graph” as Facebook could ever give you, and your ability to integrate with Outlook is limited only by your imagination and the willingness of your users.

The Blackberry
I might get a rough ride for this one, but the Blackberry is the ultimate platform. Blackberry users are addicted. They are fiends and they ALL HAVE MONEY. Here is the other thing: Blackberry has been getting a lot of grief for not having an app store like Apple does for the iPhone. I have to agree that it seems silly, but there is a reason: RIM does not want to be a gatekeeper. You can install whatever you want on a Blackberry, and through that, RIM ensures that they are not the broker of success on thier hardware. The web is where Blackberry apps compete.

Now, sure RIM recently announced carrier-specific app stores, but those will probably die off, and they are about RIM pleasing the carrier. The ability for anyone to be able to install your app will still live on.

So go on, get out there and build on top of things that care about you, your users and your business.