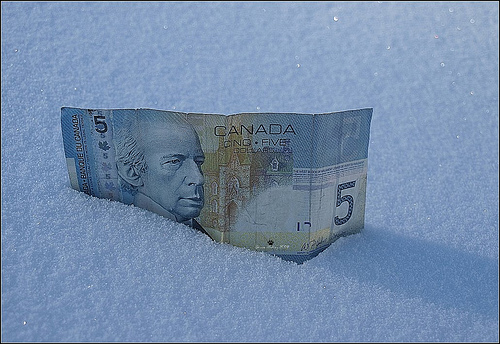 Some rights reserved by Bruce McKay~YSP

I love when entrepreneurs tell me that raising capital in Canada is hard (it is). I love it even more when they tell me that they think “they should move to Silicon Valley” because raising money will be easier (it isn’t). It helps me determine which entrepreneurs are too egotistical, too delusional, too uninformed to really be effective raising money.

There is a venture capital scene in Canada. It’s different than the scene in Silicon Valley or New York City. But there are people making investments in entrepreneurs. According to the CVCA in 2010, there was $484MM invested in IT in Canada (2010 Q4 VC Data Deck from CVCA [PDF]) with $271MM going to software & internet companies. There are issues like US Funds making larger investments than Canadian funds (looks like $2.5MM vs $1.1MM average deal size) or that US companies raise more ($8.2MM vs $3.6MM). But these are just the nature of the game. There are structural issues. It could be better. But to say it is nonexistent, that’s just wrong or lazy. And both are bad qualities in early stage entrepreneurs.

I was asked by an entrepreneur about who where the funders in Canada. Here is my short list of companies that are writing cheques or are in the process of doing diligence on companies, i.e., prepared to write a cheque. There are a lot of companies like OMERS that are stage agnostic, but I’ve put them in the growth side given their deal history (in the case of OMERS it’s $1.5MM in WaveAccounting).

So if you think it’s easier raising money in NYC, Boston or California. My advice is get your ass on a plane and try. Because it isn’t as easy as you might think.

But don’t say that there is no Canadian VCs or venture capital money. Because that just makes you look like a moron.

Suck it up, it’s hard raising money. Maybe you should talk to the Canadian investors and figure out why they don’t want to write you a cheque!

Who else is actively placing money with Canadian startups? No grant money, we’ll do that in a separate post, but who else is actively doing convertible debt or equity placements? How to define active? Either >3 deals in diligence or has deployed more than $50,000 ($25,000/placement * 2 placements). That seems fair.

Who did I miss?

Some rights reserved by tao_zhyn