Following on with Jevon’s original post of Canada’s Next Five Years, I want to discuss Waterloo.

Five years ago, I organized the first StartupCampWaterloo. It built on the great community and open space tools from BarCampWaterloo and focused participants around startups. Simon Woodside, Ali Asaria, Mic Berman, and myself felt like we needed to something a little different to get the grass roots high tech startup community moving in Waterloo. It was a year after the Accelerator Centre opened and the community was just finding its feet. Waterloo felt bold and creative with a strong core of startups but it was small.

In the last couple of years Communitech grew beyond simply being a promoter and connector for local tech companies. Communitech has established a home base for startups in downtown Kitchener. They took the bold move to put a vibrant space for startups in an old Tannery complex, which has also attracted the likes of Google and Desire2Learn, each with hundreds of employees based in the building. The Communtech Hub is a strong message to entrepreneurs that the community is there to support you.

However, the next five years are where all the attention the Waterloo region has drawn to itself is going to have to transition to results and further momentum growth. This will depend a lot on the companies that have been founded in the last five years and includes some that are now YC-backed.

Looking at what Canada needs to do, what role does Waterloo play in that?

Waterloo is home to arguably the top Engineering School in the country, the University of Waterloo. With programs like REAP, CBET, and living environments like VeloCity it is committed to educating and supporting students with regards to entrepreneurship. It is also focused on having them experience it through the Co-op program that allows students to work anywhere in the world with many choosing to work at Facebook, Google, Twitter, Apple, and a ton of different startups in the valley. This results in students that have a big head start in terms of building a network as well as learning about problems that could turn into great product ideas. That experience and opportunity is a big win for Canada’s startup community. We can see the rise of Waterloo alum lead startups like Vidyard, Kik, Upverter, Well.ca, TribeHR, LearnHub, Thinking Ape, Pair, and others.

And it’s not just UWaterloo, Wilfrid Laurier University and Conestoga college are also doing their part. The MBA program at WLU has a focus on entrepreneurship and they are leveraging the Communitech Hub environment. Conestoga College is educating the work force in the region making it a very important partner in ensuring there is a workforce for growing companies.

Community as the Framework

The Waterloo Region has a ton of tech oriented events. A lot of folks assume the trick is to find time to attend all the events you want to attend. The real trick is figuring out which events you should attend, and how to make the most of your attendance. Are you attending for education? recruiting? to find funding? to be part of the startup scene?  More entrepreneurs need to clearly identify their desired outcomes from each event, and they participate accordingly.

What there needs to be, is a greater focus on founders and information sharing.  Peer mentorship, breakfasts with friends at Angie’s, or just chatting at the end of the day. We should avoid gossip, we don’t want or need a ValleyWag for Waterloo Region. Building a company is difficult enough that we don’t need to be hindering each other. Entrepreneurs need to be able to establish trusting relationships with each other, to build I see it happening more and more but there isn’t enough peer mentorship going on.There are a large number of entrepreneurs that have been through the ups and downs of a startup. It includes fundraising, business development, channel partner discussions, contract gotchas, etc. We need to help entrepreneurs build connections with each other.  There is a huge opportunity for entrepreneurs to build trustworthy relationships and share their experiences.

Jevon calls for tighter ties to Silicon Valley. But it’s more broad than that. Canadians need to get out of Canada. We need to build stronger connections in New York, Boston, Los Angeles, Buenos Ares, London, Mumbai, Shanghai, Eastern Europe.

We are doing a pretty good job at getting exposure in Silicon Valley. We have companies going to YCombinator (Vidyard, Allerta, Upverter, Pair and others). The C100 has done an amazing job identifying Canadian expatriates and connecting them across the country. The C100 has expanded to NYC and to the UK. Entrepreneurs need to expand to.  We have startups raising money from NYC (Kik raised from USV), Boston (TribeHR raised from Matrix Partners). We need to get out of the local ecosystem and build products for global customers.

I would be remiss to ignore the need for tighter connections to Toronto as well. Whenever anyone says “Toronto is better than Waterloo for…” or “Waterloo is better than Toronto for…” a kitten dies. Stop it. No one really cares and outside of Ontario people think it is just one big region. Lets build stronger ties and use both cities for everything they have to offer.

Beyond establishing the Hub, Communitech has done a lot of work on building connections with all levels of government. They have a big role to play with influencing policy as does Canada’s Technology Triangle Association.

Hootsuite is mentioned but Waterloo is home to tech companies that have taken the long path to growth. RIM, Open Text, and Desire2Learn are examples of rapid growth (over a 10 year period) tech companies. What Waterloo needs is more of that. The challenge is going to be getting the talent that knows how to work sales funnels, marketing, etc to live in the Region in sufficient numbers.

What I would guess is going to happen initially is that US VC-backed companies that started in Waterloo will have to find a way to balance having their product teams in Waterloo and marketing/sales teams in major US startup hub cities. That means an office in Waterloo and one of Palo Alto, Mountain View, San Francisco, New York, or Boston. This allows them to hire developer talent outside of the higher salaries zones that is on par (or better) but feed on the energy in those cities. The US market and understanding it quickly is key to many of the current fast moving startups in Waterloo.

For the Region of Waterloo to live up to the expectations, in the next five years these companies will need to attract that marketing/sales talent to move here for work or be able to use Toronto for that.

Editor’s Note: This is a guest post by Katherine Hague (LinkedIn, @katherinehague), co-founder and CEO of Shoplocket.com, a startup that has recently launched and which aims to help people sell anything from anywhere in minutes. Part of our efforts to highlight and support entrepreneurs and projects from Ladies Learning Code.

After 6 months of hard work, we’re excited to announce the launch of Shoplocket..

ShopLocket is a simple solution for anyone wanting a quick and attractive way to start selling online without the overhead of running a storefront.

Think of it as a platform powering popup online retailers. It’s Lean Retail. Much like Lean Startup or Lean Manufacturing. It’s a platform for online retailers to find “a plan that works before running out of resources”. Just like CafePress automates the creation of customized goods, ShopLocket makes it easy for makers to sell online without investing in inventory or ecommerce solutions. It’s a way, much like restauranters testing new menus and concepts in food truck, popup restaurant or underground markets, ito test the sales of products online.

During summer of 2011, I had the idea to have some quirky t-shirts printed to see whether I could manage to sell them online. I had a pretty decent blog following and a solid network so it occurred to me that if I posted them for sale on the blog, that people might buy them. For only one t-shirt, signing up for a full storefront solution seemed a little ridiculous, especially since I didn’t even know if I’d sell one to cover monthly fees. At the same time I wanted my product listing to look well designed and professional. These were really great t-shirts, and I couldn’t imagine myself just throwing them onto a marketplace like kijiji or craigslist. I couldn’t figure out why what seemed like an easy e-commerce problem like “I only have one product to sell” was actually so hard to solve.

Using ShopLocket, sellers can be up and running in minutes and can embed their products directly on any website, or share a link to where we host their product. In some cases, ShopLocket will serve as a customer funnel for larger online stores, helping new sellers figure out whether they’ve got something worth selling. But for many others, ShopLocket will be all they ever need. For these sellers we’re a replacement for back-and-forth email transactions with buyers and unprofessional marketplaces. Think of us as the ideal “display case” for your new product.

We’ve been in beta with about 1200 users. We’ve been accepted in the first cohort at Extreme Startups. We couldn’t have gotten to where we are today without the incredible support of the Toronto startup community. We’re now gearing up for our Demo Day on June 19th. 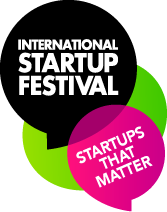 It’s only 76 days (July 11-13, 2012) until Startup Festival in Montreal (are you planning on a roadtrip?), and the team has announced a spectacular set of speakers for the event.

If you don’t know who these people are, well you should. There are some like Deborah Schultz and Stowe Boyd that are some of the best thinkers about the role that new technology has on work, culture, experience, marketing and behaviour. Go read Debs’ “Dear Miss Manners: the Social Web – WTF?” or Stowe’s Work Talk Research including Data is the New Oil: From Privacy to Publicy. These individuals are talking about the social and political forces that will create the next generation of startups. They are simply amazing.

The rest of the schedule is bound to be equally amazing. I’m looking forward to my trip to Montreal. I hope you’ll join me.