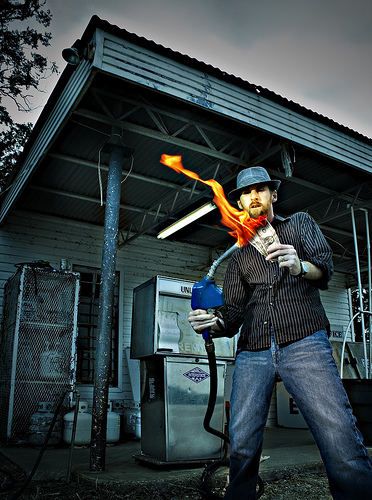 Some rights reserved by Stephen Poff

Recently, I have had the pleasure of travelling to the East Coast and working with founders. I have seen the amazing companies and the founders across the region. Moncton, Halifax, Saint John, St. John’s and Charlottetown (among the varied cities). There are amazing companies like LeadSift (disclosure: I work for OMERS Ventures who is an investor in LeadSift), GoInstant, Verafin, Clarity.fm, Lymbix (disclosure: I sit on the Board of Directors), Introhive, InNetwork, Compilr and others.

The region is bristling with great founders, great ideas and a lot of untapped talent. It also holds some amazing secrets like Toon Nagtegaal (LinkedIn) who runs a (also ACOA funded) program for startups that I have been lucky enough to be invited to co-teach (disclosure: this is a paid consulting gig). There are amazing people and companies across the Atlantic Region. It’s only a matter of time until there is another HUGE exit.

However, the region also is a small community that has it’s own culture and politics. Those small town politics have allowed nepotism and crony capitalism to seep in and it has allowed terrible deal structures to be put upon unsuspecting founders and companies. This pisses me off!

When we started StartupNorth we promised ourselves we would always stick up for founders and startups when it mattered. We continue to  support, educate and connect startups and founders with other founders, with capital, with new ideas and educational resources. We need to identify the BULLSHIT that is being allow to pass in Atlantic Canada as supporting entrepreneurs so that the amazing investors that are there don’t have to compete with a backwards and ill-conceived entity.

Who? I’m talking about First Angel Network (FAN). Why? Here is an example of the full deal they present to entrepreneurs:

This is so wrong! On so many different levels. This is worse than pay to pitch.

The thing that pisses me off the most is that the most nefarious part of the process, the consulting company and payouts to individuals, is not listed on the FAN Funding Process page. We have individuals who collect a salary that is partially (if not completely) funded by a government agency (ACOA). First Angel Network Association received at least $1,123,411.00 in funding between 2006-2011 (nothing reported for 2012). That is an average of $224,682.20/year in funding, and that is just what we could source publicly.

Getting paid by a government agency to source your own deals. Seriously, if you thought management fees were high, what about tax dollars going towards salaries of investors. They are using federal funding to source their own deals and cover expenses and salaries. Something is wrong here. Then they charge entrepreneurs for the privilege of their investment. Which someone already paid them to source. The cost of this capital is incredibly expensive to entrepreneurs taking this investment and to the region.

Atlantic Canadian entrepreneurs and startups deserve better than this.

Do Not Pay to Pitch

“It’s low-class, inappropriate and predatory for a rich person to ask an entrepreneur to PAY THEM for 15 minutes of their time. Seriously, what is the cost to the party hearing the pitch? If you answered “nothing” or “the cost of two cups of coffee” you win the prize!”

Jason eloquently describes why this doesn’t work. It is a imbalance between cash poor startups and rich investors. The imbalance is made worst by. We have been running Founders & Funder$ events. There is no imbalance. Everyone pays the same. Founders. Funders. We try to curate the audience to ensure that only founders actively raising money attend. We also invite a limited number of funders that are actively doing deals (criteria change based on angel investor versus institutional investors). We want everyone to be on equal footing.

And there are a lot of startups and founders that will argue that Jonas, Jevon and I have strong track records (well at least Jonas & Jevon do) and even stronger networks:

“Now, before you go saying “Jason is connected and he has access to angels” remember that I hustled my way into this industry from nothing. I networked at free conferences and figured out a way to get on the radar of uber-angels like Ted Leonsis, Fred Wilson and Mark Cuban. They paid attention to me because I had good ideas. If my ideas had sucked, they would have ignored me. Period.”

Our goal has been to help connect and educate founders and startups. We continue to believe that it is not government agencies, or venture capitalists, or angel networks that will build the next generation of successful Canadian companies. It is the founders and the employees of these startups. It’s the big ideas and the big execution that result from the efforts of dedicated people. They are the ones who deserve a great deal, not some middle man.

What can you do?

Atlantic Canada is generating some of the highest returns in the country right now for angel investors. The community is small but very focused on big outcomes and it is really showing. I think it’s time to cut ties with this old model and to start giving the founders in Atlantic Canada a deal worth taking.