Editor’s note: This is a cross post from StartupCFO written by Mark MacLeod, it is a response to Mark Evans’ post The Downside of Canada’s Startup Buying Binge. Mark MacLeod is a Partner at Real Ventures, Canada’s largest seed VC fund. He is also an advisor to some of Canada’s leading startups including Shopify and others. Follow him on Twitter @startupcfo or StartupCFO.ca. This post was originally published on September 14, 2011 on StartupCFO.ca.

Some rights reserved by Jonathan Gill

Mark Evans posted recently about the downside of Canada’s recent startup buying binge. Year-to-date, we have had 22 exits in Canada. But save for outliers like Radian6 and Algorithmics, most have been relatively small. Mark correctly argues that there are long term negative implications to these early exits: losing talent to the US and not building mid to large scale companies that can really bolster our tech scene.

Can’t argue with that and I have posted in the past about the importance of large tech companies to our ecosystem. But, exits are like pizza, even when they’re bad (small) they’re good. Why?

Returns to LPs: Returns in the Canadian venture industry since inception are negative. Some funds have delivered returns, but the industry as a whole has not. That won’t work if we want to attract non-government LPs who are motivated by returns vs. policy, job creation. So, any exit that contributes towards fund performance is good.

Generating repeat entrepreneurs: The reason (I believe) why many of our exits are relatively small is that the founders behind those companies have not had a positive exit before. As an investor, you should not bet against human nature. And I think it’s perfectly natural for an entrepreneur that has the opportunity to sell early and pocket a few million to do that. The trick is to keep that entrepreneur in the system and working on the next company. The next time, that same entrepreneur will set his or her sights much higher.

Eliminating borders: It used to be an uphill battle to convince US investors to come up here. Now with the elimination of witholding taxes on exit and with our companies doing great things US investors are coming up here more often and earlier in the startup lifecycle.

So when you think about what’s happening now, my hope is that we are setting the stage for long term success and the creation of some tech giants right here in Canada. To enable that, investors need to do more of the following:

Give Canadian Startups more capital: This might be ironic coming from a guy at a seed fund, but it’s a well known fact that Canadian startups raise less than their US counterparts. I think it’s fine to operate with small $ before product/ market fit but as soon as you are ready for goto market acceleration you need serious fuel. Canadian investors and entrepreneurs need to continue building strong syndicates that include US investors that can write big cheques.

We did that at Shopify. The investor group there includes two large tier 1 funds that can help Shopify become a giant in its industry.

Enable founders to take cash off the table: As a founder you’re more likely to “go for it” if you can sell some shares and not have to worry about cash. This is common practice in the US. We need to do it more up here. It does not make sense early on but series B and up, I think it makes sense.

Surround our CEOs with mentorship: When you look at the truly giant tech companies, they are almost always founder-led. So that tells me that we have to surround our founders with peers, mentors, coaches, advisors to help them make that transition from founder to CEO.

We also need tech companies going public here in Canada, but that’s another topic for another time. So, I say bring on these early exits and realize they are setting the stage for great things to come.

Editor’s note: This is a cross post from StartupCFO written by Mark MacLeod, it is a response to Mark Evans’ post The Downside of Canada’s Startup Buying Binge. Mark MacLeod is a Partner at Real Ventures, Canada’s largest seed VC fund. He is also an advisor to some of Canada’s leading startups including Shopify and others. Follow him on Twitter @startupcfo or StartupCFO.ca. This post was originally published on September 14, 2011 on StartupCFO.ca.

Some rights reserved by SteelToad

There has been a lot of euphoria and happy dances recently about the flurry of Canadian start-ups being acquired. The list includes Zite (CNN), Five Mobile (Zynga), PostRank (Google), PushLife (Google) and BackType (Twitter).

The positive news is that the flurry of deals (22 and counting, according to TechVibes) provide a huge boost to Canada’s start-up ecosystem, which needs all the support it can get. Acquisitions reward start-up founders, encourage venture capitalists and angel investors, embolden entrepreneurs, and provide a healthier landscape for people like myself who provide services to start-ups.

In short, Canada’s start-up ecosystem is on a roll and, hopefully, these deals will make things even better and more active.

But there is a downside to these start-ups being snapped up. Many of them are early-stage companies with interesting technology but perhaps not a lot of customers or revenue. Rather than a business being acquired, it is the ideas, intellectual capital and, as important, the people that are being purchased. Many acquisitions are fuelled by the need to add strong talent to jump-start the growth of a business or service. Zynga, for example, was looking to boost its mobile development capabilities so buying Five Mobile was a quick way to do it.

The problems with many of these deals are two-fold:

I recognize that, in the scheme of things, these are nice “problems” to have. After all, it is better that start-ups are being acquired and investors rewarded as opposed to no M&A activity, which afflicted the start-up landscape for far too long. My point is it is also important to recognize there is a downside, even though it is something we can happily accept. 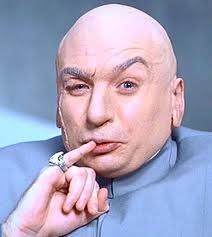 Today IBM just announced the $387MM acquisition of Toronto-based Algorithmics. It begs a couple of open questions. Is Algorithmics after being sold to Fitch for $174MM in 2004 still a Canadian startup? Can a 30 year old company like MKS be considered a startup? Is Eloqua who’s HQ moved to Virginia still a Canadian company?

If you imagine that Algorithmics is the second Canadian software startup acquired for more than $300MM in the past 6 months. Then to answer Dan Morel’s question,  if this was “The One Billion Dollar Year” for Canadian startup acquisitions, yes it is.  Only if you consider Algorithmics still a Canadian startup and 30 year old MKS a startup, then combined with Radian6 the acquisitions total just over $1B, everything else is icing on the proverbial cake.

Congratulations to the Algorithmics team and alumni.