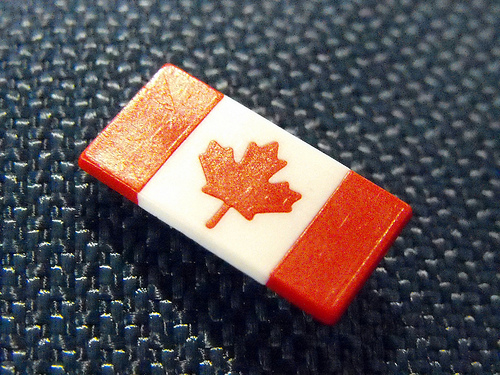 Some rights reserved by meddygarnet

Sit down with any Canadian entrepreneur and you’ll often hear similar grievances about the Canadian startup community. The consensus seems to be, “It’s getting significantly better, but we’re risk-averse, funding is hard to come by, and the US is a bigger market.” We are a a startup that decided to move from Silicon Valley (as part of the Y Combinator Summer 2012 cohort) to Toronto. We’ve seen a wider  range of startups and startup hubs than most. We’ve been able to compare and contrast the communities, and have a lot of faith in the Canadian startup scene as a whole. We want to share why.

As Canadians, it’s easy to look South and feel overwhelmed. The United States is ten times bigger in terms of economy and population. It’s difficult to fault an ambitious entrepreneur for wanting to move South and capture a significant chunk of a significant market. Likewise, no maturing startup can avoid the US as a potential market…

The question for us was: what are the pros and cons of being a seed-stage startup in Toronto, or Canada as a whole?

Why Toronto? And Why Now?

Seed-stage startups rejoice — the Toronto/Waterloo community is a great place for seed-stage startups. Before I begin listing the benefits, I do want to iterate that it’s all one big place [Ed.: Can’t disagree here, when you fly in to SFO or SJC, it’s still the Bay area]. At times, it seems unfortunate to me that Toronto and Waterloo are treated as two separate entities in which a startup would operate. Sure, driving down Highway 401 isn’t the most enjoyable experience, but your startup will face bigger challenges than congestion during rush hour.

The universities spanning the Greater Toronto Area and surrounding cities boast over 200,000 undergraduate students, many of which are studying engineering, computer science, or other technical fields. The Universities of Waterloo and Toronto both boast high quality math, computer science, and engineering departments, many of which are regularly hounded by big and small companies for potential recruits.

Hiring was a key factor for us when choosing our base of operations. Being able to pick from so many students, let alone professionals and developers working for large corporations, helped make this an easy choice. Better still, few startups actively approach this population — most of the keen, startup-oriented folks end up traveling to San Francisco to look for jobs. By bringing the opportunity to their doorsteps, we made the sometimes frightening decision of jumping into a startup significantly easier. Our recruits get all the joys of working for a Silicon Valley-funded startup without the hassle of immigration, relocation, and saying “goodbye” to towns they know and love.

Few people realize that Toronto was the first city in North America to surpass 1 million Facebook users. Move over New York, and see you later, San Francisco! Not only are Canadians notoriously friendly (collecting feedback on your product will be easy!), they are also hungry and interested in innovative products. Others have argued that Canadian cities are good grounds for experimentation as well, citing the fact that we tend to focus on stable techological trends and avoid fads that might only survive in more stereotypically tech-crazy startup hubs.

While I wouldn’t go so far as to cite this as a reason for basing your startup in Toronto, it means that you don’t risk finding a product-market fit by being based here. Combined with our own strong network and following here, it was a safe bet for us to settle down and start experimenting with an initial set of corporate customers or pilots.

Compare your average salary, apartment rental, and parking spot in Toronto to those of US startup hubs like Silicon Valley or New York, and you’ll see a noticeable difference in pricing. The Toronto/Waterloo area enjoys a significantly lower cost of living than many other hubs, which often means that your own expenditures will be significantly lower — if you’ve already raised angel or seed funding, this essentially boils down to a longer runway for your company.

Pair the low cost of living with Canada’s many government-supported startup programs, and your cost of developing a product can be 40% of what it would cost in the US. Better still, basing your operations in Toronto/Waterloo mean you have a 90-minute flight to major American cities, which could easily become your next point of contact or expansion for your products. All the benefits of a large global city, and few of the costs!

Startup entrepreneurs are often goaded by their investors to ride waves of industrial changes and take advantage of major societal shifts. A quick look at AngelList valuations by city and startup hub shows startups in Toronto/Waterloo are holding their own, on a global scale. Our own seed-stage round had investors from both sides of the border, and many regularly told us they see Canada as a great opportunity to expand their market reach outside Silicon Valley (or the US as a whole).

As more Canadian companies have fantastic and successful exists — think Radian6, Eloqua, or BufferBox — we’ll see more investor interest in our region. If you’re an entrepeneur keen on surfing an investor wave, getting ready for what interest might come to Toronto is a great place to start.

As with any discussion on the benefits of a major and complex decision such as base of operations, one should not forget what they do give up by being based here. It’s important to plan ahead, and any startup choosing a base of operations in Toronto, particularly when planning to expand to the US, should plan around this.

1. Don’t forget your friends down South

It’s easy to limit yourself to your geography. Remember that expanding into a city or market in the US means you first need to develop a network there. Are you planning to raise a VC round in three months? Planning to expand from Toronto to the New York City market in six? Start building those networks now. It is amazing (or gloriously terrifying!) how important serendipity is to the success of some startups. Ensure you have a network in these cities, even if the connections are only digital.

In our case, we keep in touch by attending conferences on a regular basis, maintaining e-mail contact with the companies and VCs we admire, and constantly ask ourselves if it’s time for an in-person visit.

One of the most important things a startup can do is to do is benchmark itself against its industry, or other startups. Know what valuations your competitors are getting, and what sorts of employees they are hiring. Most importantly, ensure you’re using global benchmarks. While being the best “Canadian” startup is nice, remember that to truly achieve global scale, you’re competing against the best startups in the US, China, Israel, and everywhere else. It’s easy to become complacent by forgetting about these massive centers of innovation.

Indeed, one of the biggest benefits of our being in the Y Combinator program has been seeing how our batchmates work, move quickly, and succeed at nearly any cost. Seeing this hunger and drive has left us with no excuse for avoiding success. We use our network of VCs, friends around the world, and startups we admire as a way to regularly benchmark ourselves and ensure we’re progressing at a decent pace. Case in point: the Big Data industry is growing over 40% every year — and we aim to outperform it.

And please, remember to pay it forward. If you choose to grow, develop, and succeed in these fine, frigid cities of ours, ensure you give back to the communities. As Brad Feld so eloquently wrote in “Startup Communities”, the only way to make a startup hub successful and grow is through having entrepreneurs leading the community, to have them involved for the long run, and to be inclusive.

Sometimes that’s easier said than done, as evidenced by Zak Homuth’s view on Toronto startups in the Startup Genome: “We have all been somewhere else, worked somewhere else, and got money somewhere else.” Success breeds success, and it is important that for those of us who grow and succeed through the benefits of our community also give back to it.

To us, building a successful community is as rewarding as building a successful startup. We aim to ensure that every single person passing through or working with Canopy Labs will leave with better career prospects, more ambition, and the necessary training to succeed in whatever they do. Not only does this make it easier to hire great, talented individuals, it also ensures we’re constantly developing as a team.

While the Toronto startup community is getting more attention in recent times, there is still a great deal of work to be done. Toronto is a fantastic place for startups and Canopy Labs is a case in point. We’re a six person startup with a significant runway and exciting customers, and all of this is enabled by our being in Toronto. At the same time, we’ve got a global mindset: we benchmark ourselves against all players in our industry, and are constantly building and growing our networks in new cities and countries.

We’re proudly Canadian, comfortably Toronto-based, and our office is on Richmond / Spadina in the heart of Toronto’s startup hub. We’re excited and happy to be here, and feel we’re growing faster here than we could hope to grow anywhere else. Drop by any time! 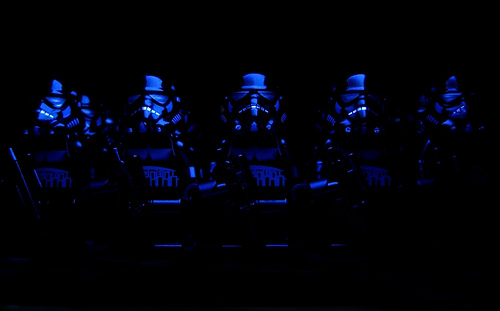