After what seems like *forever* there is suddenly a lot of events scheduled: LaunchParty Vancouver, DemoCamp Guelph, StartupCamp Waterloo, DemoCamp Toronto, the list goes on… but be sure register and / or get your tickets soon, cause seats are going to go fast. It will be great to catch up and see what everyone has been hard at work on!

Is your startup considering raising money from investors right now? Unless you are the CEO of LinkedIn or Twitter, you know that now is not the greatest time to be asking for cash. But what’s it really like out there for people still trying to take on investors? Is it even possible? 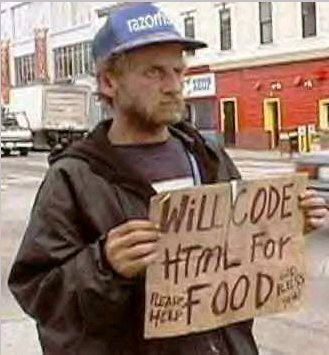 A down economy affects startups in several ways. On one hand, it could dry up your customer base. Startups in the financial, enterprise, real-estate, or advertising sectors are being hurt worst because customers are cutting back.

But in addition to the challenge of finding paying customers, the other issue is that investors are scaling back. If it was hard to raise money in the past, it’s harder than ever now.

Sorry, but it gets worse. Not only are investors scarce, but then there’s the issue of valuations…

“Valuations are definitely taking a tumble.” says StandoutJobs CEO, Ben Yoskovitz, “If you’re doing a second round or a bridge round you can expect the valuation to be the same as what you had before or lower. I think a lot of companies are looking at bridge rounds from existing VCs versus new rounds to keep afloat, and existing VCs are keeping more money in their pockets to help out their existing portfolio.”

The interesting feedback I received from entrepreneurs is that, even though things are tough, it is not any more difficult to get meetings with investors.

“It’s still easy to get meetings with ‘investors’. But the trick remains sorting who is actually investing, and who is simply data mining. …. On the VC side, many VCs are either (a) out of money, (b) have money that’s only available to support existing companies or (c) are too busy looking at selling their stakes in the secondary market to be able to focus on you.”

What’s a funding-ready startup to do? Here’s some advice we’ve collected from Canadian startup entrepreneurs and advisors:

Is your company trying to raise money right now? Are you a startup investor? What has your experience been like? Let us know in the comments below!

The Canadian media conference, Mesh, started a spinoff conference last year focused on startups, designers and developers and they have just announced some of the speakers who will be there this year.

MeshU is a very distinct conference from the larger Mesh Conference. Where Mesh is focused on networking, media and web, MeshU is all about the nuts and bolts of building for the web and running a dev shop.

Mike Mcderment is the driving force behind MeshU and he brings all the street cred you could ask for. As the founder of Freshbooks he has grown the company from 2 people to well over 20 and they have become one of the biggest players in online finance applications, let alone Online Invoicing which is a market they helped define.

The feedback from MeshU was great last year and I am glad to see it moving ahead this year.