Editors Note: This is the first post by Andrew Peek at Jet Cooper. I love the concept of shared spaces for the collisions of ideas. Albert and I talked about this back at Bubbleshare. I know that it is part of the ethos at the Kontagent offices in SF. And I know it’s part of the culture at Extreme Ventures, where I’m camping while starting up. It reminds me of the “Responsible use of Shared Resources” philosophy from SCS at CMU, basically you’re responsible for not ruining it for everyone else don’t abuse the privilege. The open door policy is a great way to allow for new collisions whether that’s new ideas, new employees, or just new connections. @davidcrow 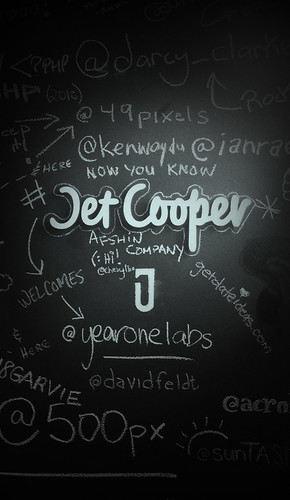 If you are an entrepreneur in Toronto, you are probably familiar with the various coffee shops, co-working spaces and wi-fi zones available to you as pseudo-offices. You might even have a pattern of Foursquare check-ins that run like clockwork throughout the week.Steven Johnson refers to spaces like these (noting England’s transition from pubs to coffee houses) as environments where ideas can have sex. At Jet Cooper, we like that.

While it takes a serious commitment to invent and scale something the size of a CSI (Centre for Social Innovation), it isn’t all that hard to contribute something – even if it’s just a few desks – to the people who might be one good conversation away from a big idea. It’s for that reason that we’ve kept a handful of desks available in our office since day one. Even now, as we plan for our next office furniture re-arrangement, we try to keep in mind the people we haven’t met yet.

Thinking back on it, it has been a wonderful way of attracting a lot of bright people, which on it’s own is a great way to expose any team to a city’s creative pulse. And realistically, all it cost was a few extra desks and chairs.

There are no restrictions on who can drop in. You don’t need to be a client, or a partner, or even have a twitter handle. Just stop by and maybe let us know your coming so we can put a beer on your desk.

Consider this a ringing endorsement for this kind of simple contribution. If you have an office, open the door. The correlation between environments and innovation isn’t a secret and as per usual, more good is gooder.

If you were to ask Canadian VCs, which Deloitte did this past April, what they think about Canadian entrepreneurs and startups, and the VC business in Canada in general, you might not get the warm and positive response that you expected.

Based on these responses, Canadian Venture Capitalists think less of their entrepreneurial countrymen than their counterparts in Brazil, China, France, Germany, India, Israel, the UK and the United States. There is, based on this survey, a larger divide between entrepreneurs and VCs in Canada than there is anywhere else in the world.

Is it possible that Canada is an exception to the rule in the rest of the world? How can it be that Venture Capital class investors in every other type of economy (emerging through to advanced) have a more positive opinion of entrepreneurs in their home countries?

I decided to put the question to some of the VCs I respect the most in Canada. The folks who I believe are doing good things and who really get it. In these conversations there were a few major themes. Overall, the outlook seems pretty positive, while remaining realistic about our past performance. Nobody would agree with the consensus from the Deloitte report. Some of the responses:

This “blame the entrepreneur” attitude is now worn out. Whatever truth there is to it is in the past. Canadians are as, or more, connected to the internet than any other country and Canadian entrepreneurs no longer sit around learning from other Canadians, they are learning from a global A-list.

In the end this is all to say: It isn’t as simple as pointing a finger and laying blame. Nobody is squarely blaming the VCs of the last 10 years for our problems, and it is similarly wrong to throw dirt back at Canada’s entrepreneurs.

The lifetime of Venture Capital in Canada has been short and it could be argued that practically every economy must go through a “churn” phase where the asset class underperforms before a handful of factors come together in order to create a healthy industry. With some new funds starting to close and a mix of new and old blood actively trying to do the right thing, we might just have a shot at this.

I leave you with some thoughts from Howard Gwin that I think show a fair balance of both blame and optimism for everyone involved and it contains some antidote for what’s going on. Read it in its entirety here.

Where do we start?

I am a “double down” kind of person.  Anybody who has worked with me has heard me yap about 80/20/80.  I think we need an 80/20/80 attitude in the Canadian tech marketplace.  We need to focus 80% of our energy on the 20% of companies that have an 80% chance of succeeding.  Set much higher bars across all of our ecosystem from mentors, to angels, to incubators, to VCs, to board members, to anyone providing advice to our community.  A few more thoughts:

* Mentors must bring value or stay out of the game.  If founders are not coachable, move on to the next opportunity.  If VCs do not bring value beyond money, do not engage with them.  If incubators are coaching, set much higher bars for the outputs your companies produce or shut down.

* Funding “good companies” does not work.  We need more $ in potentially great companies. Whether we are funding pre-revenue companies with seed $ or growth equity, the bar must be higher.  At a minimum, here are some high-level standards to measure potential of success independent of stage:

If there is ambiguity over the above, the ecosystem needs to either address it or move on.

* Post-seed VCs must spend more on less.  Work the models so companies can get through the troughs — or don’t fund them.  Available capital in Canada for venture is not enough, so we must spend our capital on the best and brightest or nothing will change.

Founders, do not fall in love with your product or your people.  Before you talk to anyone about funding get experienced people to rip your strategy and pitch apart.   You only get a few chances to get it done so make sure they count. Network like there’s no tomorrow.  Gather people around you who have proven “big league” execution skills.  Talk to everybody who can spread the message and bring value.  Get yourself down to the Valley. Cold-call and get connected to anyone who can make your business move faster and smarter.  If you don’t your competitor will. 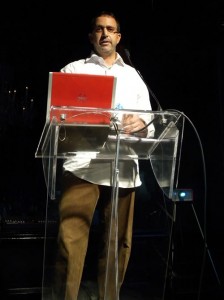