When I heard about the CIX Technology Accelerator last week I asked the folks at CIX to write a guest post to tell us more about why they decided to partner with a SF based accelerator to put this package together. I’m not sure about the immigration visa issues around this arrangement, but I assume that is taken care of as well? — Jevon

The Canadian Innovation Exchange (CIX) is delighted to announce that, in partnership with DFAIT and the Consulate General in San Francisco, we are launching a new program to support the innovation community in Canada – the CIX Canadian Technology Accelerator.

The idea is simple. So many emerging Canadian tech companies – from the most early-stage start-ups to more developed players – have told us that they’re eager to develop stronger connections in Silicon Valley, but haven’t been able to find the right opportunity. Well, here it is: the Accelerator will put three qualified Canadian companies in the Plug and Play Tech Center (PnP) in the heart of the Valley for three months, rent paid, starting in June, 2011.

What makes this program truly unique is that PnP is more than just a fully serviced work space. Selected companies will be working alongside over 150 tech start-ups from more than 20 countries while meeting experienced mentors and advisors who can guide growth and development in the Valley and beyond. The program also offers introductions to local angel networks and VC firms and dedicated access to the Canadian Trade Commissioner Service. Finally, each company will receive a complimentary pass to CIX 2011, taking place next December in Toronto, bringing back the knowledge and experience gained in California and helping to further enrich Canadian connections in the Valley.

The program is open to any Canadian-based tech company working in Digital Media and Information and Communications Technology. Qualified companies are invited to fill out a brief profile on our website before March 11th, 2011. An expert CIX Selection Committee will review submissions, and the three selected companies will be announced in early April.

For more info and to enter, head to our website at www.canadianinnovationexchange.com. 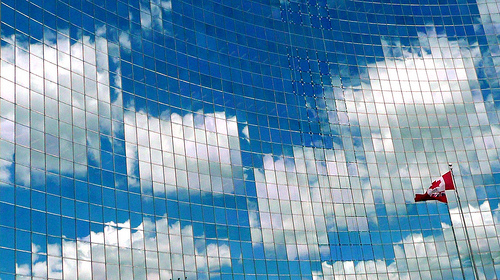 Canada is a great country. One of the defining characteristics are the forward looking immigration policies that appeal to educated potential immigrants.

Danny Robinson (@dannyrobinson), Maura Rodgers (@maurar), Boris Wertz (@bwertz) started StartupVisa.ca as a response to the StartupVisa.com created by Eric Ries, Dave McClure, Shervin Pishevar, Brad Feld, Paul Kedrosky, Manu Kumar, & Fred Wilson in the US. The goal is to modify existing Canadian immigration policy to expedite the process for entrepreneurs and change the “minimum net worth of C$300,000 that was obtained legally” to include provisions for “Canadian funding of $150,000”.

Danny was giving me a hard time the other night because I have not signed or blogged about the StartupVisa.ca efforts (unlike Mark MacLeod, Financial Post, HackerNews, NextMontreal, TechVibes and others). I agree with the efforts in principle. I think changing the immigration policy to be more entrepreneur friendly would help Canada. My issues centre around the wording of the proposed changes. I am not policy writer, I am not a policy wonk. But it feels like the proposed changes do not meet the requirements of good policy. This is where the proposed US legislation feels more robust and complete. The provisions of the existing Entrepreneur program are great and include:

I was also curious at the substantive change from $300,000 to $150,000. This reduction is fairly significant. The only reason I can think is that the proposed changes are about investment per person and not corporate investment. My guess is that this requirement is reduced given anecdotal evidence of current entrepreneurs and investment levels in their company from a single angel investor, i.e., this is the investment amount in the company divided by the number entrepreneurs to get $150,000. It’s just unclear how this number was derived.

So I agree with the efforts of StartupVisa.ca crew even if I think their proposal is a little too simplistic to actually function and requires the support of policy and immigration wonks (of which I am neither). What can you do? Read the Open Letter Regarding Startup Visa Canada and if you agree endorse the petition.

Our friends at Rogers Ventures are hosting a DEMO day with VentureBeat on January 13, 2011. This is part of a east coast swing that includes New York and Toronto. They are looking to finalize the presenting companies. If you are interested in being one (1) of the ten (10) companies make sure you apply to present.

The great news is that even if you don’t/can’t pitch for the full day session there are still lots of opportunities. You can join the social happening at the Century Room on King St W starting at 7:30pm. You need to register to attend.

It’s great that we’ve built a strong community of entrepreneurs, marketers, designers and developers in Toronto. It’s attracting world-class folks like Matt Marshall (@mmarshall) and Nate Werlin to brave the cold and snow (though still way less than NYC) and find great startups in Toronto. We even have DEMO alumni and DEMOgods like Scott Annan and Alec Saunders (though both are from Ottawa, hmmmm). It’s got me thinking we need to host another DemoCamp at some point in the near future. Stay tuned and I’ll see you on Jan 13th.