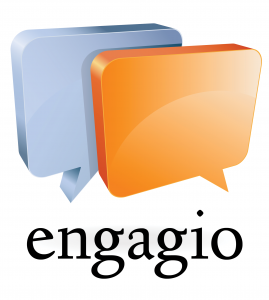 Since we were funded in early January 2012, and especially after we announced it in mid-February, I feel like I moved out of the basement and into the ground level of a building. Indeed, being part of the “Funded Club” suddenly gives you a kind of peer respect and credibility that changes the game.

We have been in the fast lane of Startup land. We produced a minimum viable product in 8 weeks and opened access to alpha users right away. 30 days later, we were funded with a $540K seed investment from 6 VC’s and Angels in the US and Canada. A month after that, we took down the alpha and beta status and opened the service totally. Four months after the first line of code was written, we’re starting to look like a mature startup with thousands of active users.

But this story wasn’t really an overnight success. It was 3 years in the making, and it sucked being in that basement during these 3 years. But they were the best preparation for the next 3 months that changed everything about me as a Canadian entrepreneur trying to be one of many others that can claim to have been funded by reputable investors.

I’ve been labeled as a tenacious individual. I’ve been called scrappy, and hard working. All true.

David Crow (@davidcrow) asked me to pen a few lessons. Take what you want, and discuss the rest in the Comment section. After all, we are entering a phase of greater social engagement, and comments are often more important that the blog post itself.

My start-up Engagio is pretty focused on one objective: letting users manage their online conversations across the fragmented Social Web and realizing relationships from these conversations.

There’s a story behind our evolution, and it’s tightly related to the future of the Social Web.

It started in the fall of 2008 when I became inspired by Howard Lindzon (@howardlindzon), founder of StockTwits as I heard him speak at Startup Empire where he recounted how he met venture capitalist Fred Wilson (@fredwilson) a few years earlier just by commenting on his blog. Howard explained the value of Social Capital as a critical by-product of the Social Web.

The next day, I started commenting on Fred Wilson’s AVC.com blog, and gradually increased my participation because I was seeing increasing value from interacting with the other commenters. I firmly believed that every comment was an implicit linkage to a person and a potential relationship waiting to blossom.

Since that day, I have written about 3,400 comments on AVC.com, – that’s an average of 3 per day, received 1,800 Likes, and made dozens of real world relationships with other frequent commenters I met on that blog. This proved that if you invest in building relationships online, there are long-term benefits you can gain. That’s Social Capital at work.

Then in September of 2011, Fred nominated 2 members of his blog community as moderators, and I was one of them. The value of Social Capital became even clearer to me, as I was seeing the value of commenting and social engagement on the web working in my favor. But my social engagement was pretty scattered on the Social Web across other blogs and social networks, and I started to realize that this wasn’t manageable anymore.

I thought there must be a better way to manage the multiplicity of interactions across the social web. So I came up with the idea for Engagio. It was a deceptively simple idea, one based on the fact that we are entering a phase of fragmentation of the Social Web. And we needed better tools to manage this fragmentation of conversations. I ran the idea of developing an Inbox for social conversations by Fred Wilson who liked it and encouraged me to make it happen. The next day, I turned to my team and we developed the first version of Engagio 8 weeks later.

Engagio is my second startup, so everything I learned, did or didn’t do in the first one is embedded in this second one. You can’t fake experience, and you can’t manufacture lessons. They are in the scars, the notches on your belt, the stars on your shoulder and they are who you are.

The simpler the starting point and the simpler you can articulate it, the better it is. If you’re spending too much time wordsmithing the positioning statement or messaging, maybe you need to change course. Polishing a bad idea won’t make it shine.

They don’t. You may have hundreds of relationships that aren’t giving you benefits. Few relationships bear fruit in terms of value offered. The relationship itself doesn’t matter, but the trust in it does, therefore trusted relationships do matter. I knew a lot of people, but few were really trusted enough that they would do something for me. With trust comes exceptions and a lot of doors open in front of you.

3. Beware of selling to the enterprise

Unless the enterprise user is behaving like a consumer, you’ll have a tough time selling to the enterprise unless you’re a large company already, or have raised a lot of money as a startup. As enticing as enterprise users are, selling them a solution that requires group approvals and long budget cycles will kill any startup, no matter how good their product is. The only way to penetrate the enterprise is by having a simple SaaS-based product that individual users can try and purchase on their own without asking anyone.

Keep all your relationships on a cordial level, even with the jerk VC or fellow entrepreneur who didn’t respond to your email, or didn’t give you what you asked for, or was indifferent to your request, or ignored you intentionally. I’ve encountered each one of these situations, and it’s better to keep your head high and think they are the jerk, not you.

5. Don’t believe your own story

Let others believe in it. That’s more powerful. You need to step outside of what you are developing and believe in the reality checks that outsiders will give you. They will see things you don’t, especially if they are users.

6. Growth is what matters

Startup growth is measured in dog years, and you must have a sense of urgency about it. It’s the #1 priority of a startup. If you don’t grow daily, your chances of success diminish. A startup exists to make something out of nothing. You’re a creator, and you must start to occupy a space that didn’t exist before. Growth is a daily habit, not a quarterly goal.

7. Get out of Canada

The Lean Startup methodology advocates that the CEO must get out of the office. But in Canada, out of the office is not enough. You need to get out of Canada and go conquer the US market. The borders are so porous from a business perspective, it’s as if it wasn’t there. Use Canada as a base, but use the US as a springboard. Get a US address and act like a US company when you pursue clients, users, media attention, partnerships and capital. The barriers will suddenly appear lower.

If you’re having a good day and believe you’re making progress, go help someone that needs your help. You owe it to the ecosystem that made you where you are.

Connect with me on Engagio.