“I believe this Nation should commitment itself to achieving the goal, before this decade is out, of landing a man on the moon and returning him safely to earth. No single space project in this period will be more impressive to mankind, or more important for the long-range exploration of space; and none will be so difficult or expensive to accomplish." – John F. Kennedy

Yesterday was the 40th Anniversary of the lunar landing. The Apollo program is an interesting concept for early-stage startups. It was a self-imposed race to beat the Soviets. A lot of startups need to feel the pressure to succeed, and having timelines, constraints and competition often helps amp up the sense of impending doom.

For the Apollo program there was competition. There were extreme timelines. There were budget constraints. All of these were much bigger and longer than the plans for startups. But there was a clear goal (“landing a man on the moon and returning him safely”), and constraints (“before this decade is out”). And most importantly the money wasn’t the end, it was a necessary means to accomplish the larger goal.

Beating the Soviets. Recovering national pride after the failed Bay of Pigs invasion. It was an effect of the Cold War. But there was competition. The historical analysis of the program looked at a variety of success factors including Big Hairy Audacious Goals that included:

The definition of goals included both the engineering constraints but also a prediction of the potential of the competition. Startups need to set big goals. The goal should specify the desired outcome, not the path/method for achievement.

The goals need to be in context of their operating environment including that of their competitors. I really hate when an entrepreneur tells me they have no competitors. The number of times that this is true is rare. Most companies and products have competition. Stop being afraid to talk about your competition. Understanding where you fit in the competitive landscape can help you figure out your product offering, your time to market, potential marketing events. It makes it a lot easier to know who is the bad guy? Trust me, you should be diligent and honest about who you are competing against. Having a clear competition makes it easier to see where you should spend marketing dollars, what conferences to attend or avoid, and build strategies that either embrace or ignore the competition.

Money is one of the easiest constraints to understand. Unfortunately, when you’re working part-time out of your basement/garage/spare room, you don’t have the impending sense of doom that money is a constraint. The runway for side projects is a long. I think this leads to thinking that raising money is the end goal.  “We’ve raised a million dollars”. This is meant to be the beginning of the journey. The money is for a purpose, it’s meant to help you grow, build, market, acquire, etc. Raising money enables you to do the real work. It allows you to either increase the rate of acceleration or lengthen the runway. But it’s just the beginning. Equally said, SR&ED is a great benefit to companies, however, when you decide to focus on SR&ED credits to keep the company afloat instead of finding new customers you’re doing the wrong thing.

The change over the past 20 years is that the monthly expenses have decreased. It no longer costs hundreds of thousands of dollars for hardware, development environments, net access, etc. The price of servers continues to fall, and with the advent of cloud computing and dynamic loads it is becoming variable with the load on your site or application. Development environments are free. Usually the single biggest cost for a startup is talent. Oh wait, you’re not paying yourself and you don’t have any employees. This has 2 side effects, it reduces the monthly expenses thus lengthening the runway, but it can also have adverse side effects like not forcing entrepreneurs to be self critical of their ideas and their progress. 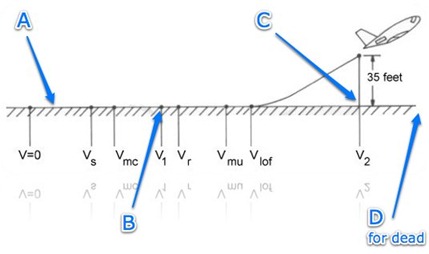 Figure 1: The Startup Runway from Phil Morle on Pollenizer

I like Phil Morle’s method for using the runway:

Pick a date in the future (this is point D on Figure 1). Let’s say 18 months from now because that’s roughly what John Doerr of Kleiner says is good runway. And then begin working backwards, determine the point where you will need raise more money or find a paying customer (this is point C). This point needs to be a few months before the end of the runway to allow you a margin of error and the time necessary to close financing or the deal. Continuing backwards in time, you need to be at feature complete (point B on Figure 1). Yes, there is a long time between points B & C but this is to allow you to drive adoption, build press and momentum and refine your existing product and pricing. It brings us to right now, what is the minimum feature set that you can plan, design, build, test and deploy between now and 6-12 months from now.

“Startups fail from a lack of customers, not product development failure” – Steve Blank

You’re goal is to prove your business before time runs out!