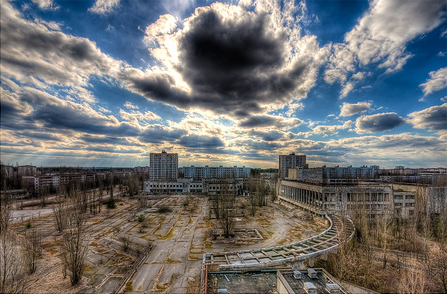 Is there any questions that the Canadian venture captial industry is in turmoil? There is a change that is happening, it might just not be happeing as fast as it could. Mark McQueen talks about the the creative destruction of the VC industry in Canada.

“There’s no robust “new class” of VC firms coming in behind the current oligarchy, with a similar amount of capital to deploy as those they are planning to replace. We are witnessing the destruction piece of the equation, for sure, but not the rebirth that is the essence of “creative destruction” if it is to succeed.” – Mark McQueen, Wellington Fund

While there are a few new players entering the market (I’m looking at you ExtremeVP and Mantella VP), we’re seeing a lot of roadkill. There are firms that are not able to raise their next fund, partners that are on life support, startups that are left to wonder what happen to their partners in raising additional capital. However, many that remain are digging in and fighting for their way of life. They are lobbying for support to “manufacture an environment that is hospitable to their investment style”. Adam Adamou at Caseridge Capital Corporation argues that the existing venture players, the Canadian VC oligarchy, has successfully lobbied for restrictions that have kept out new players including the public/private venture capital that was used to fund RIM.

“The traditional venture capitalists see themelves as the founders of a “Silicon Valley North” and they follow the US trends, which unfortunately do not apply to our Canadian market. They seem to see themselves as avant garde investors in tomorrow’s technology companies, however, they behave more like bankerss[sic] – preferring security and downside protection over opportunity”

Yikes, that’s a damning review of the Canadian venture industry. However, I’m not sure that the suggested alternatives including Capital Pool Companies and the TSX-V are really better choices for Canadian entrepreneurs (or investors). (I’m not an expert on CPCs or TSX-V but when my friends and trusted advisors like Mark McLeod provide commentary, I listen). What I took away from The Adamou Rant is that many of the funds have a vested interest in the maintaining something akin to the current system. Governments should look critically at the numbers being presented and who is presenting them.

The State of a Nation

Is the sky falling? What is the state of venture capital in Canada? Is it really this bad? And why does it matter to early-stage entrepreneurs? Should we all just move to Silicon Valley, New York City, Boston or somewhere else?

The Canadian VC environment has been challenging for a lot of entrepreneurs. As entrepreneurs, you need to understand the environment that you will start, fund, and grow your company. Canada has a strong track record of access to capital, a stable economic policy and should be a great spot for entrepreneurs. It’s also unique. Canadian companies tend to be at a later stage of corporate development and raise less money than their US counterparts. I’ve written about the impact of the state of the funding environment has on startups. And what entrepreneurs can contintue to expect to see, includes:

Mark McQueen provides the best summary of state of the Canadian Venture Capital landscape I’ve seen in a while:

We need to hope that from out of the ashes will emerge a better funding environment for Canadian entrepreneurs. Whether this is led by new funds, angel investors, US funds, or the existing players learning from their mistakes, it doesn’t matter.

We’re starting to see a strong set of the big players making acquisitions across Canada:

Our startups need real capital to continue to compete on the world stage. But They can’t survive on SR&ED credits alone. We need to hope that this creative destruction happens quickly, so that something can rise from the ashes and we can witness the rebirth of the Canadian tech startup.