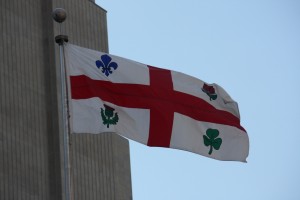 NextMontreal.com is going live today. It is the result of a push by Ben Yoskovitz to create a new source of information for the Montreal community after MontrealTechWatch went dormant over a year ago.

Why now?
When first thinking about this project, Ben wrote:

When the site was active it provided a great deal of exposure to Montreal, and helped build a stronger community. There’s a lot going on in Montreal for tech startups and entrepreneurs, but without adequate reporting, too much of it doesn’t get the attention deserved.

At that time, MontrealTechWatch had been more or less dead for over a year and the tech community was very quickly gathering momentum again.

What about MontrealTechWatch?
In the time since Ben began working on NextMontreal.com, Heri started blogging regularly on MontrealTechWatch again. I advocated for the community to restart MontrealTechWatch, so I was glad to see that. The existence of two community sites in Montreal will cause some confusion, but I think it is fine. Both sites compliment eachother, have very different operating models, and will most likely each find specific audiences within the Montreal tech and startup community.

The role of community sites
There is a broader discussion that we need to have about the role of community blogs in Canada’s tech hubs. We need blogs which aggregate people, ideas and events in order to showcase the activity in places like Montreal, Toronto, Vancouver, Edmonton, Calgary, Quebec City and Atlantic Canada. There are cool things happening in all of these places, you just have to scratch the surface to see what is going on.

Running a community site is hard though, and it takes dedication. NextMontreal will be testing a new model, which will hopefully bring scale to this concept and a broader set of voices to the community.

No matter what, Montreal should count itself lucky to have so many people who are so passionate about making the startup community in the city thrive. Most do it for little or no direct reward, and those are exactly the people you want behind the wheel.