I’ve spent a lot of time thinking about incubators. Creating one, mentoring at others, visiting lots and being skeptical of several (I’m not saying which). You can decide for yourself if you think there is an incubator bandwagon being jumped on, but one incubator that marches to its own distinct drumbeat is The Founder Institute.

Here are two examples: 1) they don’t give you money and charge a nominal tuition fee, and 2) all founders who go through The Founder Institute get a share in a common equity pool. That’s pretty innovative.

Entrepreneurs already know Adeo Ressi, who is the founder of The Founder Insitute, as the man behind TheFunded.com. He’s also behind a bunch of other successful startups and is a bit of a renaissance man.

I spoke to Adeo recently about what makes The Founder Institute so different, why it works, and why Canada needs the Founder Institute. I think it’s a great model for talented Canadian entrepreneurs who don’t necessarily fit the ‘mould’ of the TechStars/YC genome. At the end of the post I’m going to ask for people to step forward if they would be interested in talking about getting The Founder Institute in their Canadian city. I know Adeo is interested, and so am I.

You’ve built 8 startups, 4 of which were acquired. What’s the secret to your success?
Perseverance. No matter how bad things appeared, we struggled through the adversity to find the magic. Building a company from nothing to a few hundred or a thousand employees in a few years time is an immense challenge. The moment that you master one phase of growth, you are already onto the next. It takes a high degree of self awareness and perseverance to succeed. There is this meme that failure is acceptable. I prefer to triumph over adversity.

Your last two startups, TheFunded.com and Founder Institute, are about helping entrepreneurs. Is this philanthropy or business (or both)?
Entreprenurship is becoming harder, and I want to give back to the craft of entrepreneurship. A strong philanthropic mission can only endure with a solid business underpinning, so the Founder Institute is a for profit entity. I am turning over the for profit company stock to a long-term trust to guarantee the philanthropic mission for at least 100 years.

As I became more successful as an entrepreneur over the last 18 years, it became easier to build amazing products and harder to build great companies. When I started in 1994, about 1 in 100 companies were successful. Now, less than 1 in 1,000 companies are meaningful. The Founder Institute was designed to invert the startup failure rate, and our goal is to create 1,000 meaningful and enduring technology companies per year. We expect to hit this goal in 2012, less than 3 years after being incorporated ourselves.
There are a lot of incubators out there. What is different about the Founder Institute?
I am a huge fan of the programs being launched to help entrepreneurs. There is a renaissance going on. Most other programs help entrepreneurs that have a company, a team and traction. The Founder Institute looks for passionate people with a dream, and we help them create a meaningful and enduring technology company. I like to say that we mine diamonds, while others make jewelry.

We have chosen the most challenging segment, inception. Everyone involved in the Institute is a founder, and we create an equity pool that shares the upside created from the companies among everyone. So, if you graduate from the program and fail while a peer goes on to succeed, you will also see a return from your peer’s success.

Who should (and who should not) attend Founder Institute?
Everyone who has a dream to start a company should apply. We have absolutely no gender, race or idea biases, which also separates us from various other programs. The average age of applicants is 34 years old, and we have a 21% female graduation rate. Just due to our scale, the Institute is the largest female incubator in the world. I would eventually like to see our graduation demographics resemble the demographics of the working population.

What do you think Founder institute can do for Canadian startups?
The Founder Institute is a great asset for a burgeoning entrepreneurial ecosystem, like in Canada. We encourage successful entrepreneurs to help the next generation of companies and give them economic upside from the results. We help local Founders to launch meaningful and enduring companies. We provide a high quality stream of companies for other incubators, for investors and for various vendors. Ultimately, we are a value added player in the ecosystem, and we get along with everyone else.

You’re on the Board of the X Prize. Why are you so passionate about private space travel?
I am passionate about models to inspire innovation, and I believe that prizes are effective. As Chairman of the Strategic Committee when the Ansari X Prize was won in 2004, I pushed the foundation to expand the prize model into other categories, such as genomics, automative, medicine, etc.

There’s a great picture of you with President Clinton (http://www.adeoressi.com/about/). Seriously, how cool is he? What about Hillary?
In the photo, I am standing next Jeff Dachis as well, the Co-founder of Razorfish. I find that Founders are a much better bunch of people to spend time with than politicians, and I look forward to traveling around the world to meet aspiring Founders.

I think The Founder Institute would work really well in Canada. I think there are a lot more entrepreneurs than available spots at incubators and Adeo has really focused on what’s important for idea-stage startups. They’ve launched 415 companies in 20+ cities around the world. 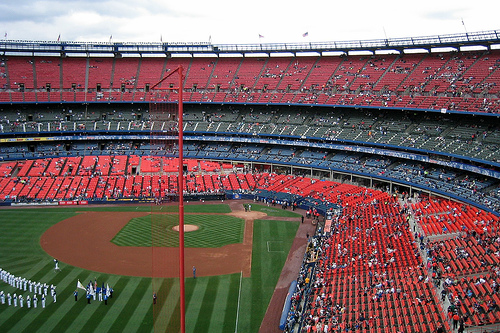 Some rights reserved by wallyg

The popular belief in Canada is that the tech startup world has been fairly light on investment dollars relative to other industries in Canada. Because there is such a disparity in seed or angel round investment size in Canada vs the US people tend to point to that as a reason people go south. The perceived result of the funding problem (and likely the weather) is that there are 350 000 Canadians in the Valley. No one can argue the talent to build global calibre tech companies exists in Canada (or at least has Canadian passports) but you can certainly argue Canada lacks that certain something to keep them here.

Five years ago Paul Graham observed that the total cost to get a tech startup started had dropped dramatically and will continue to do so.

So my first prediction about the future of web startups is pretty straightforward: there will be a lot of them. When starting a startup was expensive, you had to get the permission of investors to do it. Now the only threshold is courage. – Paul Graham, 2007

There is a lot of attention around getting young people money but does that help them? Does that keep them in Canada? I would argue that the ones that do need and can use capital don’t pull up stakes and leave town for the investment. They leave town (or the country) because they are missing something more valuable than money — customers, mentorship that helps them get customers, and a network of peers.

The problem with comparing funding deal levels in Canada and the US is that it ignores the stage the company is in relative to the stage of US startups raising money for the first time. The Startup Genome report 01 and the Startup Genome Compass offers startups an excellent way to measure themselves against a benchmark of over 3 000 startups. In the report there is a table (shown below) that gives you some overall averages for all startups.

From the Startup Genome Report 01.

In last seven years of being involved in the Canadian startup community (mostly in Waterloo) and in the last three years leading what is arguably the best student focused incubator in Canada while founding my own startup. I saw dozens of companies peek into the Discovery phase, a few move on through to the Validation phase.

What I have seen happen before the discovery phase:

What founders fail to do:

There are so many business plan and pitch competitions one could make a career out of attending them. This gives a false sense of success because the ‘winner’ is determined on a lot of factors except their ability to actually get customers. The game becomes about (and has been it feels like) how to put together a report on an idea (business plan) and present in a way that makes you look confident.

The game is really about getting lots of people to give you their money because you provide value to them. What makes you better than others is that you are chasing a much bigger problem that will provide value to a full percentage of the world’s population. Bonus points if you change the world. 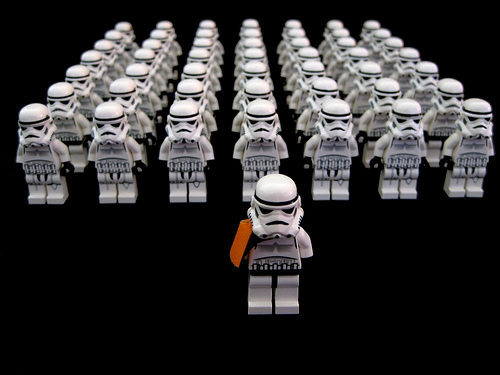