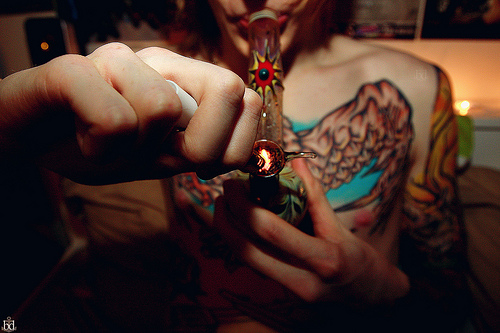 Some rights reserved by hollowcrown_

In the past couple of days, I have seen a few emails from what could be best called funding brokers. They “facilitate” deals between early stage companies and potential investors. All for a consulting fee, usually for a percentage of the amount of funding raised. They have connections to high net worth angel investors and relationships with venture capitalists. Typically the fees and the engagement are model on investment banking particularly as related to later stage M&A deals.

It’s not a surprise. It’s a well established model. The Lehman model (we all know how well Lehman Brothers worked out for the rest of us) is 5% on the first $1MM raised, 4% on the second $1MM, 3% on the third $1MM, and 1% for capital above $4MM. It changes with equity versus debt financing, reducing to a 0.5-2% fee on debt rounds.

And particularly in later stage deals and M&A it is probably more accepted (acceptable?). In the transaction there are 3 potential parties:

Typically the person contracting the broker pays the fees. This means that it’s either the VC paying the fee, but if you are the startup it means that you’re paying the fee. And that fee is either increasing your dilution or decreasing the amount of the round. You can look at it as just paying fees like you pay your accountant or lawyer.But why, oh, why are you willing to give up chunks of your company this early to do things you are capable of doing yourself.

What does a VC think about brokers/finders?

Jason Mendelson published his take on “finders” back in 2007:

“Most venture firms don’t like the idea of brokers being involved and most venture financing documents have a clause that the company warrants that there are no brokers involved. Remember, the company’s money that is paying the broker is, in fact, the VC’s money that they invest in you.”

Jason continues “good VCs have plenty of proprietary deal flow, so they aren’t relying on brokers to show them deals”. If you can’t get in front the right investors, you are probably doing it wrong. There are a very limited set of high tech, emerging business model, high potential growth investors in Canada. Need a ‘show me the money’ list? There are other ways to raise your profile as a startup and get in front of investors. Andy Yang wrote a great piece about getting the most out of AngelList as a startup. If these channels aren’t working for you, you might want to go back and ask yourself is it the funders or is it me? What do I need to do to make my company more attractive to potential investors? Customer development? Product development? Etc.

How do you spell MBA?

We love to heckle MBAs, mostly because we’re all jealous that we don’t have one. But is it a requirement to raise funding.

“On the other hand, skills i bet won’t be important as much in the future:

Both of these are still important, but will become commoditized and marginalized by the availability of such information from online systems for social networks & reputation, and by the relentless advance of access to capital from a variety of channels.” – Dave McClure

No one is arguing that brokers shouldn’t get paid. The model is relevant. People work hard to build trust, reputation, networks and knowledge. With later stage deals the relationship, private placements, increased valuations, connections with CEOs and funders, it makes sense. But as Dave McClure rightly points out the value of the specific skills are changing. Particularly at the very earliest stage.

There is a great discussion on OnStartups about the finder’s fees. You can see the tension between entrepreneurs and investment bankers.

I don’t like finder’s fees for early investment rounds. Whether you call that seed and series A, I don’t know. I just don’t like seeing that capital taken out of the hands of the entrepreneur from operations. So just don’t do it.

As the company matures, the existing investment banking model doesn’t feel wrong. Many of the relationships, matchmaking, guidance feels like something you pay for, only after the deal closes. I feel like really early stage companies that have hired a broker must be broken, i.e., there must be something fundamentally wrong with the  team, the market, the advisors, etc. if they are unable that might explain why they are having difficulty raising an early round.