David Crow focused on product design, customer development and go-to-market implementation on $0. He is available as a consultant. He is a mentor at UW VeloCity, Jolt and FounderFuel. Follow him on Twitter @davidcrow or at DavidCrow.ca

‘Twas the night before Christmas, when all through the land
Not a banker was lending, not even “Gold-Man”
Foreclosures were hung by the courthouse with care
In hopes that Hank Paulson soon would be there.

The Bankers were nestled all snug in their beds
While visions of bonuses danced in their heads.
And my teachers in their offices and me in my room
Had just settled an argument about the depth of the gloom

When out on Wall Street there arose such a clatter
I sprang from my bed to see what was the matter
Away to the computer I flew like a flash!
Started up the ticker, and threw up some cash…

The i-banks on the brink of another bad blow
Sell all your stocks and look out below!
When, what to my wondering eyes should appear?
Green on the screen as the Fed interfered

With the same old chairman, so ready to lend
I knew in moment it must Big Ben
More dovish than Greenspan, his governors they came
And he printed and lended and called them by name!

“Now Lockhardt! now, Lacker! now, Evans and Plosser!
On, Geithner! On, Fisher! On Yellen and Krosner!
To the Treasury! To the Mile High Mint!
Now print away! Print away! C’mon now print!”

As credit spreads that before defaults do fly
When they meet with an obstacle, they drop green from the sky
So up to the Capitol the governors they flew,
With a chopper full of money, and Rick Wagoner, too.

And then, in an e-mail I read from a friend
Capitalism was dead, and this was the end
As I sold my last stock and started to cry
On the TV came Buffett and he said “Time to buy.”

He was bullish on stocks, from Nike to CVX
And his portfolio was tarnished with options and CDS
A bundle of buyouts he had flung on his back
And he looked like a genius, just following his knack

His stocks how they fell! His returns how scary…
Yet his cash-how it swelled! And His letters so merry…

He was chubby and cheerful, a right jolly investor
And I smiled when I saw him, despite my dreadful semester
A twinkle in his eye and the use of his cash
Soon gave me the know that stocks wouldn’t crash

He spoke not a word, but went straight to his work
Shoring up balance sheets, and buying preferreds
And laying his finger aside of his nose
And giving a nod, UP & UP Berkshire rose!

He sprang to his NetJet, to his pilot gave a whistle,
And away they all flew like the down of a thistle.
But I heard him exclaim, as he drove into the sky,
“Happy Trading to all, and to all a good buy!” 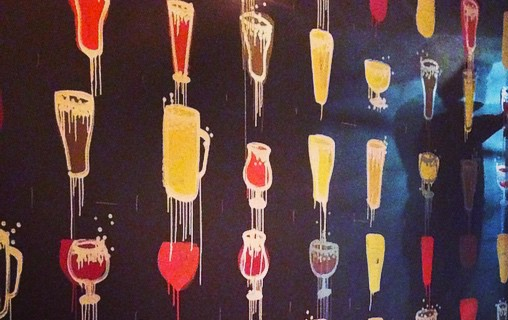 You are a founder of a emerging technology company or a technology-enabled company. You are actively raising a round of capital or starting to think about raising your next round. Feels like we’re leaning to Seed and Series A – basically if you’re name is Tobi or Ryan most investors know who you are ;-)

Space for funders will be limited. We have room for approximately 60 people. And we like to keep the ratio of 3:1 founders to funders. This means we roughly have room for 15 funders. We’re going to be picky, the target will be Seed and Series A.

Why should you attend?

Relatively small and intimate gathering of other emerging technology company founders and the people that fund them. The funder mix ranges from individuals that write first and very small cheques to larger institutional funds.

It is a chance to have a bite to eat and a drink with other founders and investors that are actively investing in Toronto companies. It’s a chance to figure what has worked for others, to figure out which investors you want to spend more time with, and just connect.

How do I attend?

Submissions will end on Nov 10.

It has been 9 months since PG announced the YC SAFE (Simple Agreement for Future Equity). The Winter 14 batch included Canadians: Taplytics, Send With Us, Piinpoint, Minuum, Gbatteries and others. (There have been an increasing number of Canadian companies since Chris Golda and Michael Montano headed down in 2008. Maybe there should be a new drinking game: how many Canadian YC companies can you name?). This usually means a trickle down effect of culture, term sheets and deal structure. But I haven’t seen a SAFE used in the wild.

Thanks to Aaron and Cobi at  Taplytics, Dan Debow, Jesse Rodgers at Creative Destruction Lab and Tom Houston at Dentons for providing a working draft for Canadian companies of Cap, No Discount SAFE.

I have also seen angel deals using Laberge Weinstein and Cognition LLP that are using the SAFE as the starting points Canadian companies (h/t @ddebow). It seems like we might have a functional alternative to convertible debt.