Editor’s note: This is a guest post by Lymbix founder and CTO Josh Merchant (LinkedIn, @joshmerchant). Josh was born and raised in Brampton, before relocating to New Brunswick to attend the University of New Brunswick. Josh and the team at Lymbix are based in Moncton, NB but spend time on planes between Toronto, San Francisco and New York. Disclosure: David Crow sits on the Board of Directors for Lymbix Corporation. 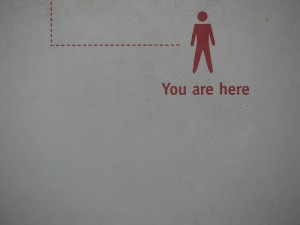 Some rights reserved by jcolman

At a company’s inception, what factors do entrepreneurs consider before deciding on a location to set up shop?

Scenario A:
Some may automatically choose their hometown, whether it is Halifax, Brampton, or even Hazelton, as a default location. With this option, entrepreneurs have the potential advantages of already knowing the city’s particular market quirks and tapping into a network of home-grown connections.
Scenario B:
Conversely, others flock to a major city such as Toronto, New York, San Francisco or Palo Alto, which have a thriving tech communities. This is a great option, as we see many acquisitions and exits coming from these startup hubs.

Is there any benefit to laying a company’s foundations in an “out of market”[1] (non-traditional) city, like Moncton? Definitely. Here are some reasons for why you might choose to set up your next startup in a location other than a major city.

The average office rent and employee salary are noticeably lower in a city such as Moncton, especially compared to Toronto. The ability to limit the rate at which a young company burns through cash can be a major advantage right out of the gate. An “out of market” city injects new meaning into the phrase “cost of living.” In these locations, emphasis is shifted to the “living” part, and entrepreneurs don’t have to uniformly dread the “cost” part.

“One of the big advantages I see, and have been privy to is the political support. In a “smaller pond” with a limited amount of startups and successful IT companies, it is easier to get quickly noticed….We have been extremely fortunate to have the local and provincial government assist in opening doors for us, providing us with early incentives to stay in NB and shine the spotlight on us, which in turn helps raise capital and grow our business.” — Matt Eldridge, CEO & Founder Lymbix

Getting started is cheap, but eventually everyone needs money to keep that ball rolling. Hopefully by this point, you’ve already got traction and your idea is gaining momentum. Without some form of traction, it doesn’t really matter where you are. If you do have it, however, it is easier to secure government and angel funding in a province like New Brunswick. Why? You will encounter significantly less competition – if any – for what money is available.

“If you build it, they will come.” Well, it isn’t quite that easy in a small tech community. However, there is a greater chance that there aren’t as many companies drawing the interest of the local, tech-minded talent. Your company could be one of only five fishing in the talent pool in a particular city. Let’s face it, there are smart people living all across this country – not just in Toronto.

I can’t say for sure, but I would venture a guess that there is less employee turnover in a city like Moncton as well. This translates to less time wasted worrying about knowledge transfer, and more time invested in building a strong, diverse team that you can count on.

“Building a company out in a growing tech community is great – it’s like a talent magnet! The more news that’s pushed out of prospering areas like San Francisco, Vancouver and Toronto, the more talented developers want to jump on an opportunity locally without having the resources to relocate.”

If you could do it all over again?

If you were starting out or had to do it all over again, what city in Canada would you call home for your startup? Why? 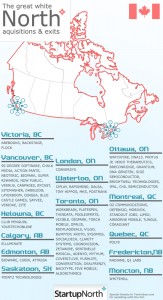 FN1. An “out of market” city seems to be a great ecosystem in which to nurture a startup.

However, deciding on such a location does have its drawbacks:

Editor’s note: This is a guest post by Lymbix founder and CTO Josh Merchant (LinkedIn, @joshmerchant). Josh was born and raised in Brampton, before relocating to New Brunswick to attend the University of New Brunswick. Josh and the team at Lymbix are based in Moncton, NB but spend time on planes between Toronto, San Francisco and New York. Disclosure: David Crow sits on the Board of Directors for Lymbix Corporation.