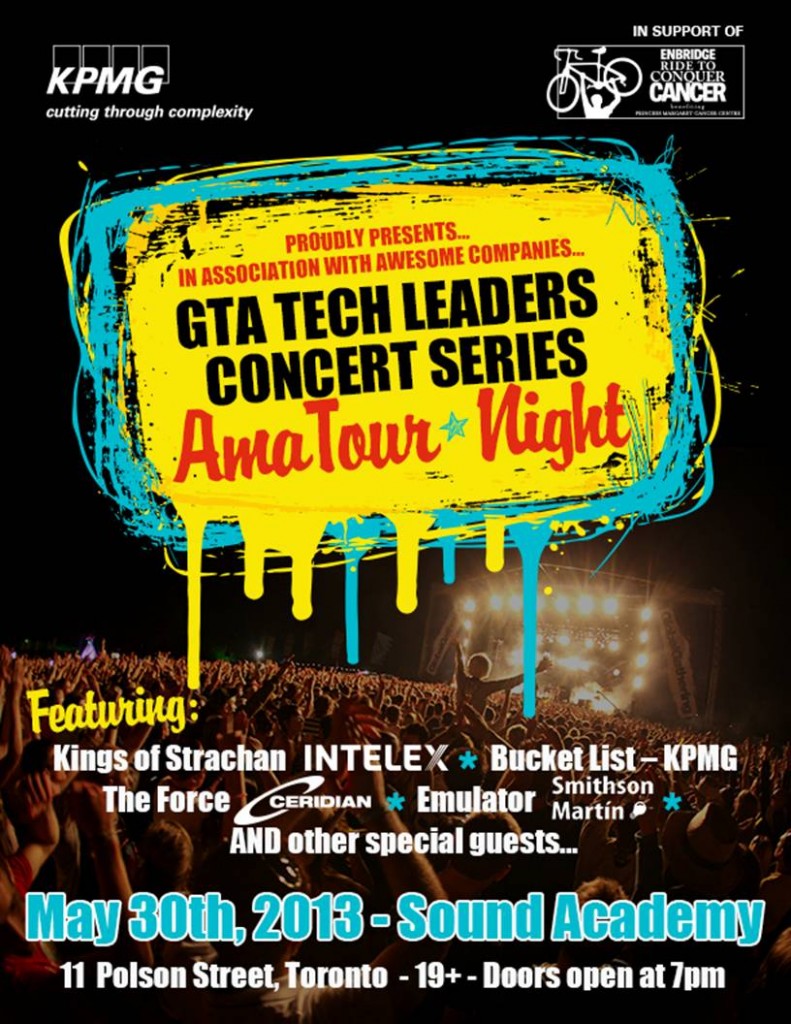 Ok, it’s not Dreamforce, but the folks at KPMG have put together  the KPMG GTA Tech Leaders Concert Series – AmaTour (password: KPMG). The event is Thursday, May 30, 2013 at Sound Academy on Polson Pier. It features bands from Ceridian (formerly Dayforce), KPMG, Smithson Martin, Intelex and others. Rumor is there might be a big name or two that take the stage. Alan Smithson Follow @alan_smithson is MCing/DJing. If you aren’t familiar with Alan, his Emulator is used by Linkin Park and Infected Mushroom and others. It’s going to be fun.

The Toronto startup community lost a good friend in Michael O’Connor Clarke to cancer on October 14, 2012. And we will not forget, and we continue to support fundraising efforts. This is a great opportunity to get out of the office for a social evening with some tunes and make some connections.

Join us Thursday, May 30 (password: KPMG) for a social event.

Disclosure: KPMG is a sponsor of StartupNorth.