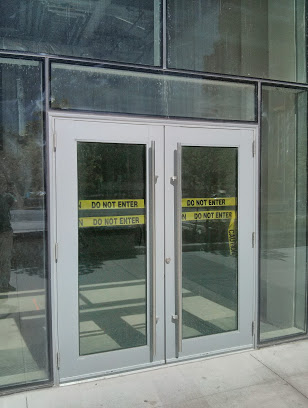 MaRS Phase 2. This does not bode well…

Yesterday afternoon I decided to visit MaRS and see for myself… just how empty (or occupied) is Phase 2?

Of the 20 floors, only 3 had any tenants. And all but 1 tenant (a clean tech fund with 2 errr vultures according to MaRS 101 h/t Mark McQueen, but in my estimation exceedingly nice guys) were provincially funded organizations! Not one startup to be found in Phase 2.It is a new building after all… so unfazed, I continued on to Phase 1 which has been open for years. If PR statements are to be believed surely I’d find a hive of startup activity.I saw a sign for Execusuites… perhaps this is where the serial entrepreneurs have set up shop?

So I turned down a dark hall to find… empty offices (again the listed tenants almost entirely provincially funded agencies), there was one lonely but pleasant provincial employee at her desk. 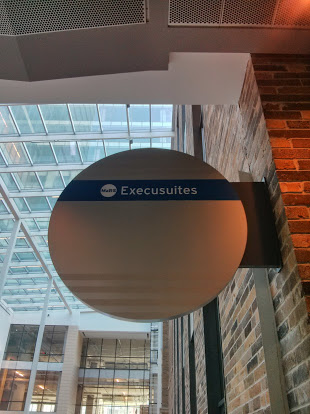 The MaRS office, stationed behind the main lobby, had perhaps a dozen staff members mulling about in an area with 30-50 desks. I backed out and continued on…Could I find even a single Ontario startup?Yes, exactly that… just one startup!While I admittedly had low expectations walking up to the building for a spot check, I was pretty shocked to discover what the ~$1B (real estate and operating budget) netted.I sat down with the founder of this MaRS based startup, to learn how he ended up at MaRS, which if any programs he thought had value, and what might be done to improve the situation.It turns out his company took over space previously leased by GE, apparently many of the corporate tenants have logos on doors but next to no staff using the building!Did his startup get substantial value from the advisory services, educational programming, or market research? His answer was pretty much… No.How about investment? His company had recently raised several million dollars from notable valley and local investors, was IAF interested in joining the round? No again. In IAF’s opinion his startup didn’t need their capital – is the IAF policy to prioritize allocation of capital to weaker startups? It seems so…This founder agreed that MaRS required structural change and that most if not all of the programming should be canceled. However until such change was implemented, he wondered perhaps something could be done to extract some value for Ontario startups and was working toward this end… the best idea currently on the table? An open space for startups to connect, use WiFi, etc. otherwise known as a coffee shop (now being planned for the empty ground level auditorium still under construction in Phase 2).He had been pushing for this open space (an improvement over the status quo in my opinion as well) within MaRS… The administration’s concern: How could they ensure visitors were registered / counted as MaRS clients? I thought, perhaps a MaRS client card with every latte… but was pleased to hear him say that they relented.So this my friends is the absurd result of the much ballyhooed innovation stimulus programs at MaRS – a $1B coffee shop (and two towers filled with bureaucrats).Le sigh.